7 On Your Side Investigates subway crime: How likely are you to become a victim? 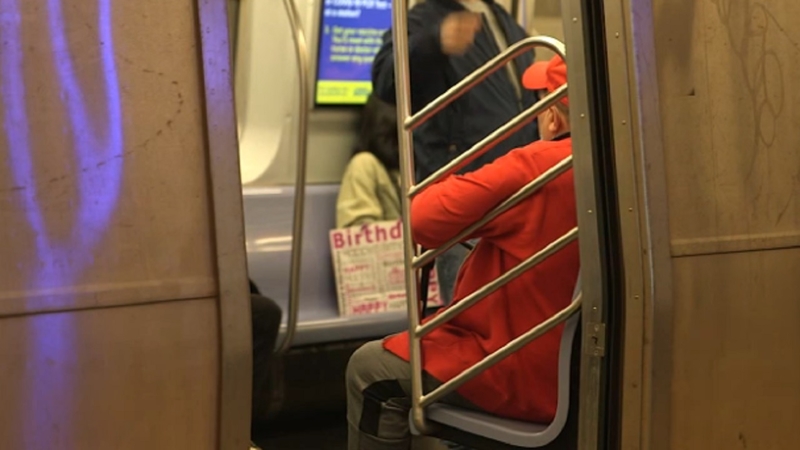 Subway crime: How likely are you to become a victim?

NEW YORK CITY (WABC) -- After a string of high profile crimes in the New York City subway system, including a mass shooting, some people have been cautious about traveling underground.

7 On Your Side Investigates uncovered the top crimes being reported underground and how likely you are to become a victim.

When something happens on the subway, you hear about it -- from stabbings, to beatings to terrifying shovings.

Thompson was heading to church at the Fulton Street station earlier this year when he was pushed in front of an oncoming train.

A group of tenants in the Bronx called 7 On Your Side after a homeless man was living in the stairwell of their building for the past two years.

He scrambled to get out, but the train hit his leg.

We found crime has increased underground this year, but so has the number of riders, with ridership creeping back up closer to pre-pandemic levels.

7 On Your Side found the top precincts where subway crime is happening or has been reported. They include the 14th Precinct, which encompasses the Times Square area, and other precincts covering a section of east Brooklyn, the Union Square area, downtown, and a section of the Bronx.

"I think a lot of us who are studying crime are starting to get a little worried," said Chris Herrmann, a professor at John Jay College of Criminal Justice. "One of the reasons we're seeing these numbers go up exponentially is because the numbers last year were so low, we had so many people not riding the subway, not taking it to school, not taking the subway to work."

7 On Your Side also found the top three crimes being reported so far this year, and they've all increased since last year.

"The subways and buses are safe, you just have to watch out for what's going on," said Robert Paaswell, a professor at the City College of New York and the former director of the Chicago Transit Authority.

Dan Krauth talks to store owners who say a new busway is putting the breaks on their businesses.

Paaswell said despite a rise in high profile crime underground, your chances of being a victim are actually very low.

According to NYPD crime numbers, we found your chances of being a victim of any subway crime is 1 in about 408,000.

"These are very random events, and you're as likely to have an event like that as to cross the street and have a bus turn and hit you," Paaswell said.