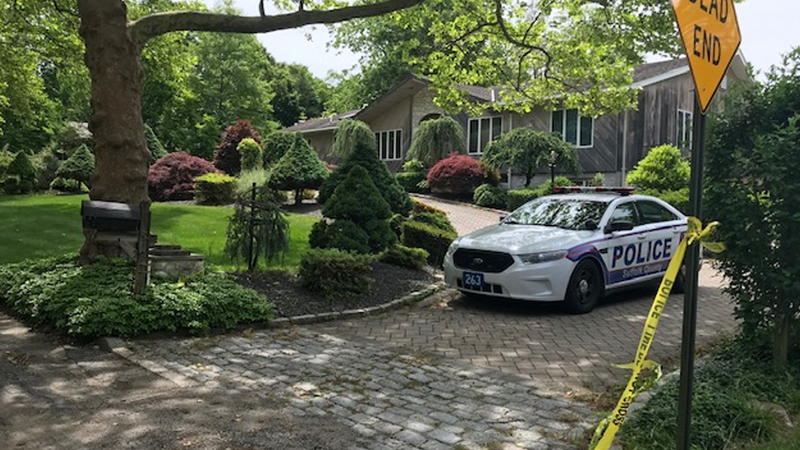 DIX HILLS, Long Island (WABC) -- Suffolk County police are investigating after a 74-year-old man was found murdered inside his home.

Armindo Reis was found fatally shot inside his house on Penn Drive in Dix Hills around 6:15 p.m. Tuesday.

When neighbors couldn't get in touch with Reis, they called his son, who called 911.

"The son entered the house, saw the victim on the ground," Suffolk County police Det. Lt. Kevin Beyrer said. "He was obviously beyond help. The son exited the house, called 911."

Reis was pronounced dead at the scene. Police say he was shot at least once in the head.

"There's no signs that it was a home invasion. We're looking into his background, both personal and financial and business," Beyrer said.

Reis was a retired building contractor.

Leon Kweit lives across the street from Reis and said he knew him for 30 years.

"He was a sweet guy," Kweit said in tears. "He was a quiet man. He kept to himself. He loved his gardening. It's very sad."

Neighbor Jennifer Blitzer said she knew something was wrong when she tried to get to her house Tuesday night and couldn't because police were blocking the street.

"It's very scary, especially having young kids," she said. "We don't know what happened, so we'll wait and find out."

Neighbors told police they saw a man in the driveway around 3 p.m. Tuesday.

"We are very early in the investigation," Beyrer said.

Detectives are asking anyone with information on this incident to call the Homicide Squad at 631-852-6392 or Crime Stoppers at 1-800-220-TIPS. All calls will be kept confidential.