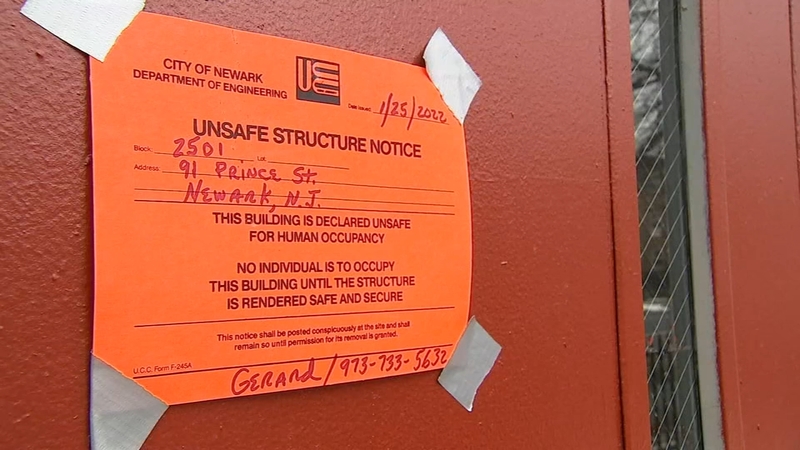 NEWARK, New Jersey (WABC) -- Nearly a dozen families have been relocated to a hotel after their crumbling apartment building in Newark was evacuated and deemed too dangerous to be inhabited.

The building, 91 Prince Street, is riddled with problems, and soon, residents worry they'll soon have no place to live.

The walls are cracking, separated from the ceiling, and tenants say the building rocks and rumbles. Repairs are sparse, and they were forced to get out Tuesday with only a few hours notice.

Some residents were too embarrassed to go on camera, but their anger and longing for housing stability were not hard to understand.

There were nine families living in the building, and they all had to find their way to the Robert Treat Hotel in Downtown Newark, where they can stay -- for now.

But what's next is anyone's guess.

"We have to come out every day and buy food, when I have food in my own house that I can cook," Nicole said. "I shouldn't have to live like this."

Residents say the structural problems began two years ago and got progressively worse.

They claim there is a sinkhole in the basement, and they can feel the building shift. The building has also become infested with mice.

Most tenants receive Section 8, which goes straight to the landlord, and all they want is a decent place to live. But this certainly is not how anyone should be treated.