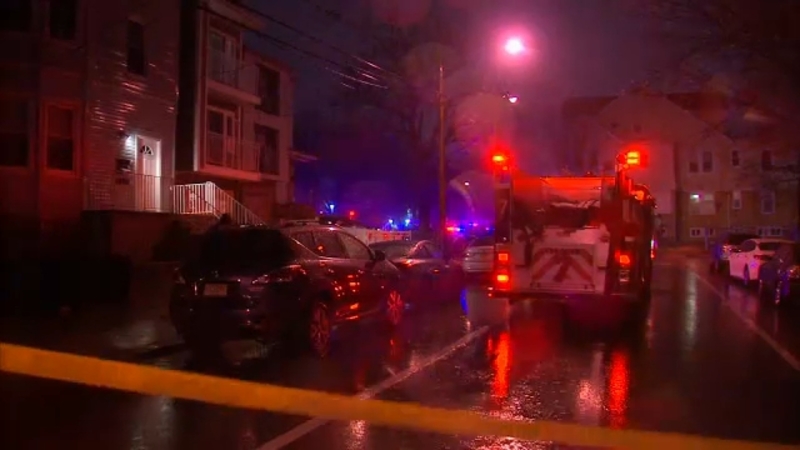 NEWARK, New Jersey (WABC) -- One person was killed and a firefighter was injured in a two-alarm fire in New Jersey Friday night.

Officials say one person died and another was rescued when a fire broke out in the South Ward in Newark.

NJ Burkett has the latest details on a scary scene when an MTA bus careened off a Bronx overpass Thursday night.

A second alarm was immediately called and firefighters found a man who was unconscious just beyond the front door.

Another man was rescued from the building's roof.

One firefighter suffered an ankle injury and is being evaluated by EMS.

Officials say the fire was placed under control at 9:06 p.m.

Detectives are investigating the cause of the fire.

Jim Dolan has an update on a crash with a police cruiser that sent an SUV into a home in North Babylon.