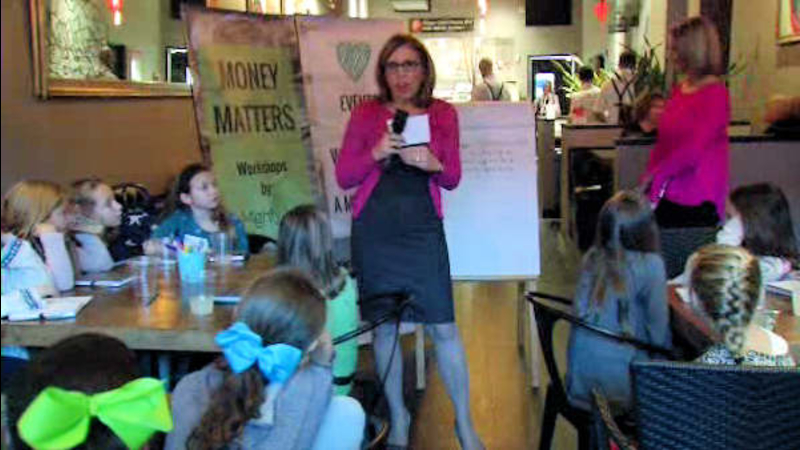 HUNTINGTON, Long Island (WABC) -- When it comes to teaching children about money, experts say it's important to start the lessons early.

Now, one group is making sure little girls are part of that conversation and that they're getting the tools they need to make smart financial decisions later in life.

Some of the girls, as young as third grade, are already eyeing owning their own businesses.

"An entrepreneur is somebody who organizes or operates a business," third-grader Samatha Kandel said.

Emma Brandt and her partner Cami Gallagher run a company called A Mighty Lass, and they've partnered with Morgan Stanley to teach a seminar called Money Matters to girls grades three through eight.

It involves crafting your own start up, with questions about networking and other business-related activities.

The workshop is designed to teach that it's never too early for "girl power," and in fact, many in their mothers' generations wished it existed when they started working.

"After work, after internships, all the men went out and had cigars and whiskey," Brandt said. "And that's when all the camaraderie took place."

But times are changing, according to Forbes.

"Women are going to control two thirds of the wealth in the United States by year 2020," Morgan Stanley senior vice president Laura Kellerman said. "So you look at this room, and these are some of the potential leaders."

And whether it's starting small or dreaming big, the girls learn about everything from designing logos to working in teams to the value of money.

The workshop is only the beginning for these girls, with another called MPower set for March 11 that digs into financial issues on an even deeper level.

The end result is confidence.

"That they have it in them to be anything in the world," Morgan Stanley Financial Advisor Pamela Praetorius said.

Anything it takes to break the glass ceiling in the future.