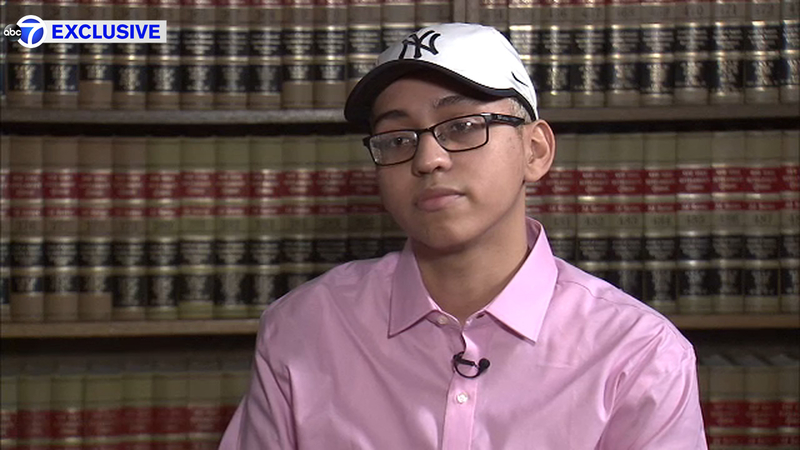 NEW YORK CITY (WABC) -- The school in the Bronx where two students were stabbed, one of them fatally, in September is on the chopping block after Schools Chancellor Carmen Farina designated The Urban Assembly School for Wildlife Conservation for closure.

Cedeno is currently out on bail, awaiting trial for manslaughter in the death of 15-year-old Matthew McCree.

On Monday, his civil attorney filed a notice of claim that a civil suit is being filed against the New York City school system. Cedeno and his family believe this tragedy could have been prevented if teachers and principal had done more to stop the alleged bullying that preceded the stabbing.

Cedeno said no one seemed to be listening.

The bullying began when he was in sixth grade, he said, and culminated years later when he brought a knife to school at the start of his senior year.

"That day, I tried to walk away," he said. "I was near the entrance to the classroom, and they continued to throw stuff. The class was very rowdy and loudness and everything. I just snapped. I started screaming and screaming."

McCree was stabbed to death, and 16-year-old Ariane Laboy was wounded.

Cedeno said the bullying dated back to middle school, when he had long hair and was struggling with his own sexuality. He said that made him easy prey for bullies.

Cedeno said it went on for years, and he often cut classes and at one point attempted suicide.

"I tried to overdose on some pills, but the next day I woke up," he said. "I didn't want to be surrounded by those kids. Whenever I went to school, I felt trapped. Like I was put in a cage with a whole bunch of animals."

He said his mother complained to the school and even tried to get him transferred, but nothing changed. Because he missed so much school, he was repeating 12th grade so he could graduate.

Cedeno is charged with first-degree manslaughter and was released after a judge reduced his bail, while McCree's mother is fighting for justice for her son.