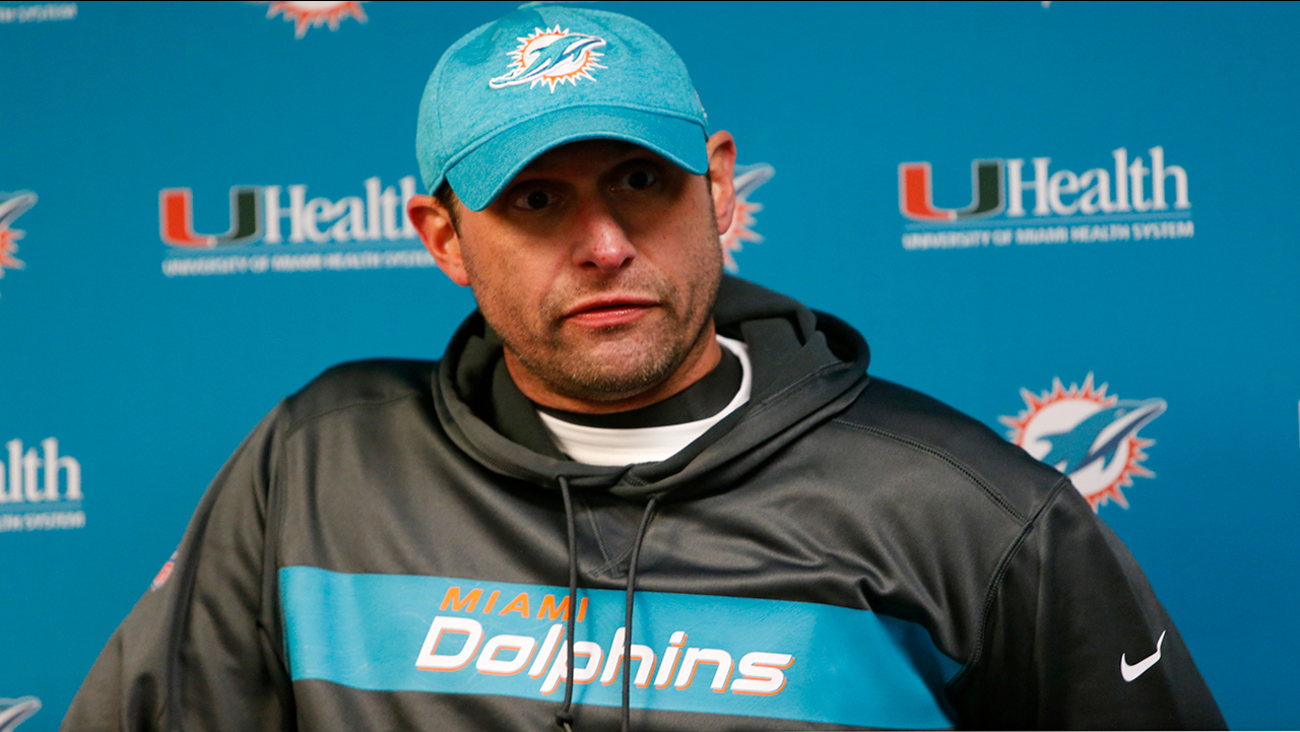 Gase was 23-26 in three seasons with Miami, including a playoff game in 2016, before being fired last week.

It turns out he'll remain in the AFC East, and face the Dolphins twice every regular season as a rival head coach.

The person spoke to The AP on condition of anonymity because the team had not yet announced the hiring.

Gase replaces Todd Bowles, who was fired after he went 24-40 in four seasons and no playoff appearances. He's the Jets' first hire with previous NFL head coaching experience since Bill Parcells' three-year tenure from 1997-99.

The 40-year-old Gase is also the first offensive-focused coach since Rich Kotite in 1996.

He worked as an assistant with Detroit, San Francisco and Denver before being promoted to offensive coordinator by the Broncos in 2013 and drawing rave reviews from Peyton Manning.

Gase followed coach John Fox to Chicago in 2015 to be the Bears' offensive coordinator. He was hired by the Dolphins as their head coach the following season.

Regarded as one of the league's top young offensive minds, he'll be tasked with furthering the development of quarterback Sam Darnold and helping New York snap an eight-year postseason drought.

Gase will work closely with general manager Mike Maccagnan, who was retained by team chairman and CEO Christopher Johnson, to put together a competitive roster around Darnold. The Jets are expected to have around $100 million in salary cap space this offseason, and will be very active in free agency.

Those factors combined, Johnson insisted leading into the team's search, made the Jets an attractive spot for a head coach to land.

"If you can make it here, you're a freakin' legend," Johnson said. "That counts for something."