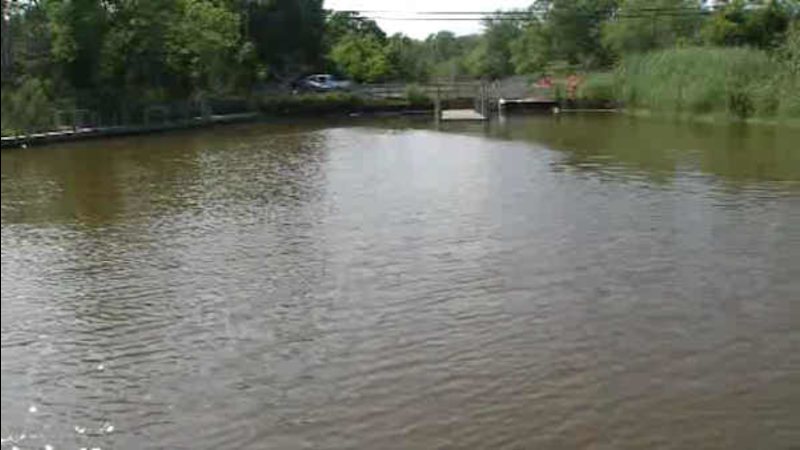 It's so gross beachgoers don't want to go in and fishermen can't even see what they are fishing for.

It's all because of an algae bloom in Suffolk County.

It's not bad for your health, but marine biologists are concerned.

Algae known as 'brown tide' is creating on nuisance for people on Long Island.

"You put your hook in the water, it disappears immediately," said East Quogue fisherman Peter Galindo, who says he can't tell what he's fishing for these days.

And the water's not so inviting for swimmers, either.

"It's terrible, I wouldn't even let my kids go in the water," said Galindo.

Marine biologists in Suffolk County tell us the waters between Shinnecock Bay and Morichese Bay, especially the creeks feeding into them, have never looked so opaque.

The cause? Brown algae, feeding off the nitrogen in the runoff from residents' cesspools and septic tanks.

"It's three times worse than last year. It's the worst we've seen since 2012," said Stony Brook University marine biologist Christopher Gobler. "It's unfortunate because we were hoping things were getting better and now this appears to be a step back."

Gobler studies the baby clams and scallops out in Southampton, and he is not liking what he's seeing.

"It's an expensive solution, but here in Suffolk County we know our tourism is worth a billion dollars a year. Fishing is a multi-billion dollar industry," said Gobler.

It's important to point out this algae bloom is mostly an aesthetic issue. The clamming is tightly regulated out here and the shellfish are still safe to eat.

But the concern is mostly for the fish themselves and for the future.

"You can start to see it down in the water. When it becomes very concentrated, the clarity becomes worse," said local bayman and businessman Peter Haskell.

It's all a delicate balance. He hopes visitors will still come and enjoy the East End's best delicacies, but he says, "There's always caution in the air and I think that it's something that is really respect to the area that we live in and to keep it beautiful like it is."

Scientists say a heat wave can actually help resolve the problem, at least for now.