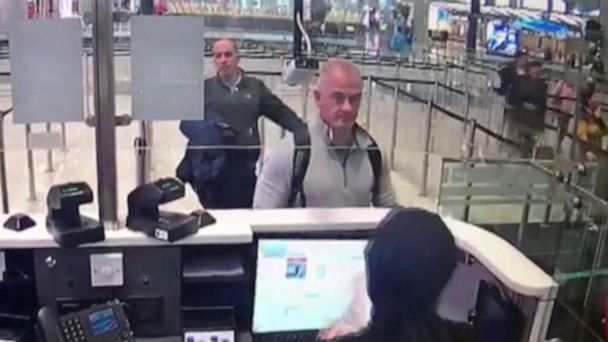 The judge decided that Michael Taylor and his son, Peter Taylor, posed too significant of a flight risk.


"Detention would still be warranted because the respondents have not demonstrated by clear and convincing evidence that their release would not pose an unreasonable risk of flight," Judge Donald Cabell wrote in a memorandum on Friday.

Cabell's ruling went on to cite allegations in Japan that Michael Taylor planned and executed "a most intricate, sophisticated, and deceptive scheme" to smuggle Ghosn into Lebanon after the executive was charged with a slew of financial crimes.

Ghosn's escape was the center of an international firestorm at the beginning of the year. The former Nissan chairman has denied wrongdoing and said he fled Japan to escape "political persecution." Court documents allege he "engaged in major financial wrongdoing, including conspiring with others to falsely state his compensation in Nissan's Annual Reports and shifting financial losses of his asset management company to Nissan."

His charges carry up to 15 years in prison in Japan, according to The Associated Press.


Ghosn has yet to divulge details about how he escaped, though he reportedly hid in a box used for audio equipment that was transported on a private jet.

In late December, Taylor posed as a musician and arrived at a Tokyo hotel, where his son had earlier checked into a room with "large black audio equipment-style cases," according to court records. Ghosn had separately arrived at the Grand Hyatt around the same time.

Michael Taylor soon loaded his luggage onto a private jet, which departed for Turkey. On Dec. 31, Ghosn announced he was in Lebanon.