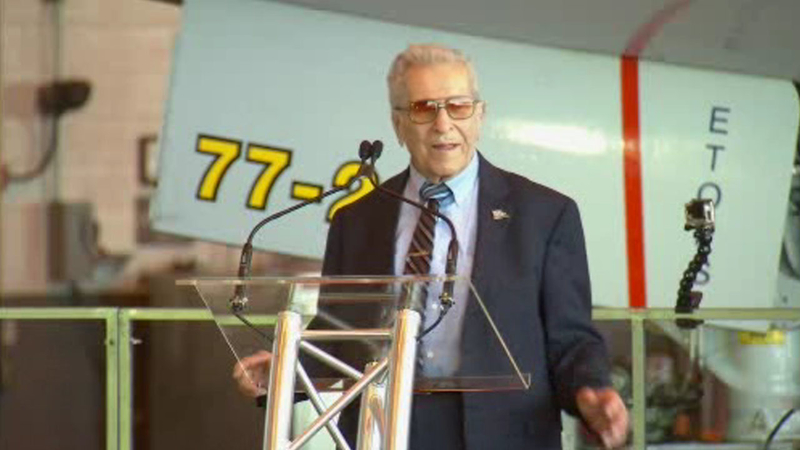 JAMAICA, Queens (WABC) -- A mechanic for American Airlines is celebrating his 91st birthday and a record-breaking 75 years on the job.

Al Blackman has been working for American since he was 16 years old and graduated high school, but don't call the bash at John F. Kennedy International Airport Tuesday a retirement party.

"You're working amongst people you've worked with for many years, friends, coworkers," Blackman said. "It's a good feeling."

It was a day of honors for Blackman, whose union gave him model airplanes, including one of the boat plane he first worked on.

American Airlines gave him a newly created pin featuring black diamonds as a tribute to his nickname, "Blackie." A flag was also flown over the Capitol in his honor, and the Guinness Book of World Records marked the occasion.

"You're breaking your own Guinness World Records title as the person with the longest career as an airline mechanic, which he initially set in 2013," a Guinness Book of World Records official said.

Back when he set the first record, a painting was unveiled honoring his 70 years. This time around, Blackman was honored with a plane with his name on it, which he'll get to fly around the city with his family. As for his extended family at American, Blackman is equally appreciative.

"The feeling of goodwill from all of you is overwhelming," Blackman said. "Working with all my friends and all the people I know for so many years has been a pleasure. They are skillful people who know what they're doing."

The compliments come from a man who is described as a sheet metal wiz and who still works full time with no plans to quit.