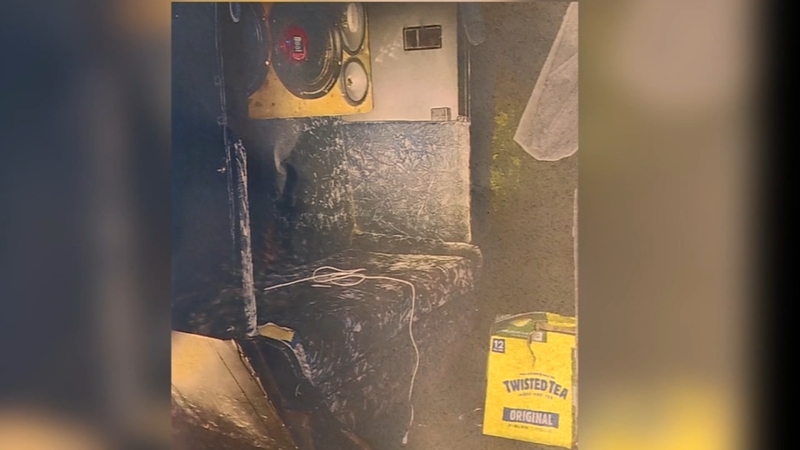 NORTH BLOOMFIELD, Ohio -- Police in Ohio are looking for two men who took off running when they were pulled over in their horse and buggy for drinking and driving.

The sheriff's deputy was on patrol in North Bloomfield, the heart of Trumbull County's Amish country, when he spotted the buggy.

Inside, he saw two Amish men drinking spiked iced tea and on top of the buggy was a 12-pack of beer. He also saw something else unusual for an Amish buggy - a stereo system with large speakers.

Young members of the Amish community often experiment with influences from the outside world, but authorities in Trumbull County say they have a duty to enforce the law in Amish country the same way they do in the rest of the county.

"Unfortunately they're not licensed, as far as the buggy goes, but it is a vehicle. It's on the roadway. And the OVI laws do apply. You're not allowed to drink and drive or operate a buggy," said Chief Deputy Joe Dragovich from the Trumbull Co. Sheriffs Office.

When the deputy attempted to stop and question the two men in the buggy about drinking and driving, they jumped out and ran, disappearing into a heavily wooded area on the side of the road.

The horse pulling the buggy also took off running and the deputy gave chase, eventually catching up with it a short distance away.

"I've never operated an Amish buggy with a horse, but I'm told that the horse will know the way home regardless if the operator is awake or even in the buggy. That horse, I think just went a little further down the road on an oil gas well road and stopped," Chief Deputy Dragovich told WJW-TV.

No one has come forward to claim the horse, so the sheriff's office has turned the animal over to a local farmer until the owner can be identified.

And once authorities find out who the wayward members of the Amish community are, they could be charged with failure to comply when the deputy ordered them to stop.

"Maybe there's just that fear of the consequences. And that would be a reality for them, that there are consequences. But I encourage him to come forward, get their buggy and horse," said Chief Deputy Dragovich.

The sheriff says it's an odd situation, but since the horse and buggy function as a vehicle on the road, drinking and driving laws still apply.
Report a correction or typo
Related topics:
ohioamishhorsesu.s. & worlddrinkingdrivingpolice
Copyright © 2021 WABC-TV. All Rights Reserved.
More Videos
From CNN Newsource affiliates
TOP STORIES