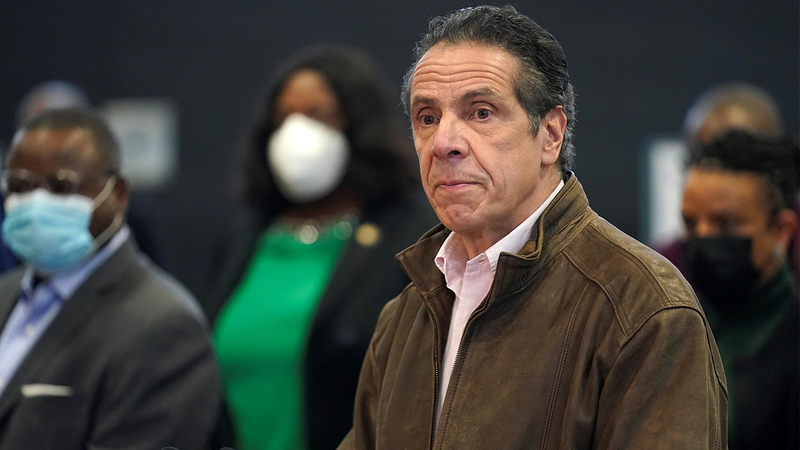 One of the accusers is Karen Hinton, who later served as Mayor de Blasio's press secretary.

Gov. Cuomo is apologizing for making his accusers feel uncomfortable.

Hinton told the Washington Post that back in 2000 when she was a press aide for the Governor at 'Hud,' he summoned her to a hotel room, pulled her towards him and held her.

"This did not happen. Karen Hinton is a known antagonist of the Governor's who is attempting to take advantage of this moment to score cheap points with made up allegations from 21 years ago. All women have the right to come forward and tell their story -- however, it's also the responsibility of the press to consider self-motivation. This is reckless.

The other new accuser is 'Ana Liss,' an aide to the governor from 2013 to 2015. She told the Wall Street Journal that Governor Cuomo touched her lower back, kissed her hand and asked whether she had a boyfriend.

Liss told the paper at first she thought it was harmless flirtation, but later found it inappropriate.

The Washington Post is also quoting two men who accuse the governor of abusive behavior. They told the paper he berated them, often with abusive language.

Joe Torres has more on the reaction of New Yorkers and local politicians on the sexual harassment allegations against Governor Cuomo.