Ann Curry and Natalie Morales speak out about Lauer's termination 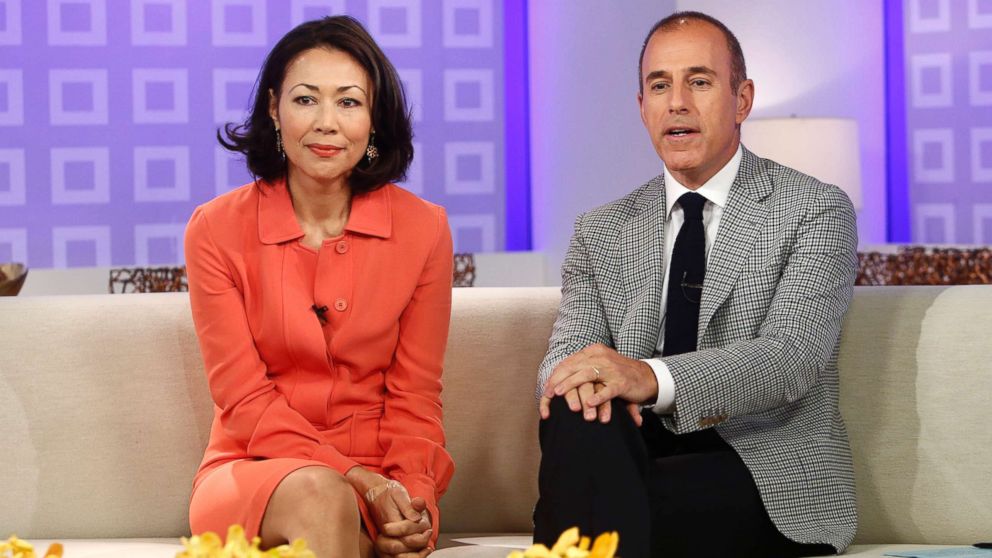 Hours after NBC announced the termination of Matt Lauer in light of a sexual misconduct allegation, his former "Today" co-anchors Ann Curry and Natalie Morales spoke out about the news.

Curry left "Today" in 2012 after one year as a co-anchor and 15 years with the show. Morales departed last year and hosts NBC's "Access Hollywood."

In a previously scheduled interview with People magazine to discuss her upcoming PBS docuseries, "We'll Meet Again," Curry declined to comment specifically about the news.

"I'm still really processing it," she said, adding more generally that "we need to move this revolution forward and make our workplaces safe."

Morales said on "Access Hollywood" that she was "in shock."

"The 'Today' show, of course, has been my family for 16 years now, and it is difficult - I think everyone is saying how difficult it is - to process the news," she said. "The story today is about the courage of a colleague, who did come forward."

On Wednesday morning, NBC News Chairman Andrew Lack announced that Lauer, 59, was fired after the network received "a detailed complaint from a colleague" on Monday night detailing "inappropriate sexual behavior in the workplace by Matt Lauer." Attorney Ari Wilkenfeld, who said he represents the unnamed accuser, told ABC News in a statement that his client "detailed egregious acts of sexual harassment and misconduct by Mr. Lauer."

"It is our hope that NBC will continue to do what it can to repair the damage done to my client - their employee - and any other women who may come forward," Wilkenfeld said. "While I am impressed by NBC's response to date, I am awed by the courage my client showed to be the first to raise a complaint and to do so without making any demands other than asking the company do the right thing. This is how the system should work."

Echoing Wilkenfeld's sentiment, Curry offered her support to all women who have come forward with allegations of sexual misconduct.

"I admire the women who have been willing to speak up both anonymously and on the record. Those women need to keep their jobs, and all women need to be able to work, to be able to thrive without fear. This kind of behavior exists across industries, and it is so long overdue for it to stop," she said. "This is a moment when we all need to be a beacon of light for those women, for all women and for ourselves."

Lauer has not commented on his termination.
Report a correction or typo
Related topics:
abc newsnational
Copyright © 2022 ABC News Internet Ventures.
TOP STORIES
NYPD increases officers, security ahead of NYC 4th of July fireworks
2 Long Island beaches expected to reopen after lifeguard bit by shark
Child found dead in Wallkill pool, adult in critical condition nearby
AccuWeather: Sunny and warm for your 4th of July
Macy's 4th of July Fireworks 2022: Everything to know
Where to watch 2022 Fourth of July fireworks
3 shot in Queens, including off-duty correction officer, police say
Show More
Bicyclist killed in hit and run; driver fled in another car with baby
2 dead, 2 seriously injured in Freehold crash
2 friends shot in cab on the way home from concert
Motive likely not terror-related in Copenhagen mall shooting
Jayland Walker was unarmed when 8 Ohio officers opened fire on him
More TOP STORIES News