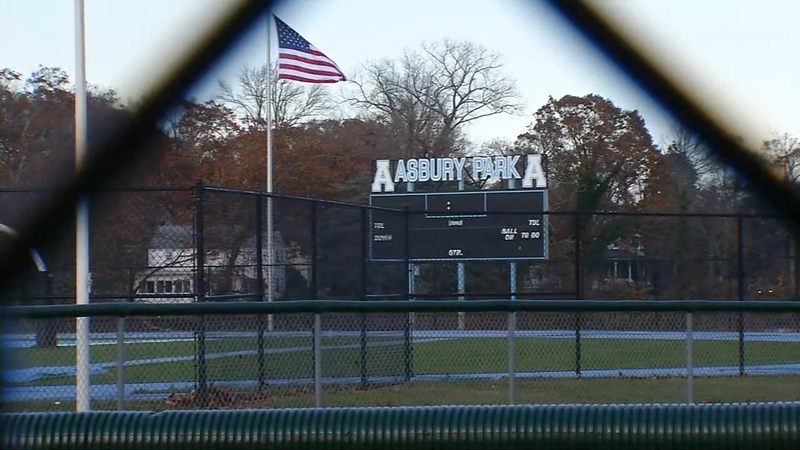 It's a thrilling and competitive annual Thanksgiving Day rivalry dating back to 1908, with both Neptune and Asbury Park High School traditionally leaving their blood, sweat and tears on the field.

"It's like little brother vs. big brother, and we've won the last seven games," Neptune senior Zion Bolden said. "So we're like the big brother."

The Scarlet Fliers narrowly beat the Bishops 21-20 last year, and both teams were excited for this year's rematch. That is, until a recent anonymous threat forced school officials to postpone and then cancel the big game.

"A lot of people, the whole team, was pretty disappointed," Neptune sophomore Khalil Garrett-Dogan said. "It's a big game and it's been going on for a long time, and we all wanted to play in it."

The sudden cancellation was especially heartbreaking for seniors on both squads looking forward to playing their last regular season game before hundreds of friends and family.

"We were really upset, and there's a lot of seniors that came back to play for us, and it's really sad," Bolden said. "It's an honor to play in it like my brothers played in it, my cousins played in it. I'm a good kid. I don't try to start nothing. I just want to play football."

Meanwhile, Asbury Park police are still investigating the unconfirmed threat. They were prepared for the game to continue, but the decision to cancel was ultimately made by school administrators.

"Some type of violence was to occur at the annual Thanksgiving Day game," Asbury Park police Sergeant Michael Casey said. "I'm a little disappointed that it's not going to happen, but ultimately the safety of all attending is the number one priority."

"Despite many efforts to reschedule the Asbury Park-Neptune Thanksgiving Day football game, we were unable to reach a mutually agreeable date that would have allowed the game to be played. As a result, Neptune has decided to forfeit. Although I know players, alumni and fans are disappointed, be assured that we will work together with the Neptune Township School District to ensure the safety of all involved in the future and to allow this longstanding Shore tradition to continue."