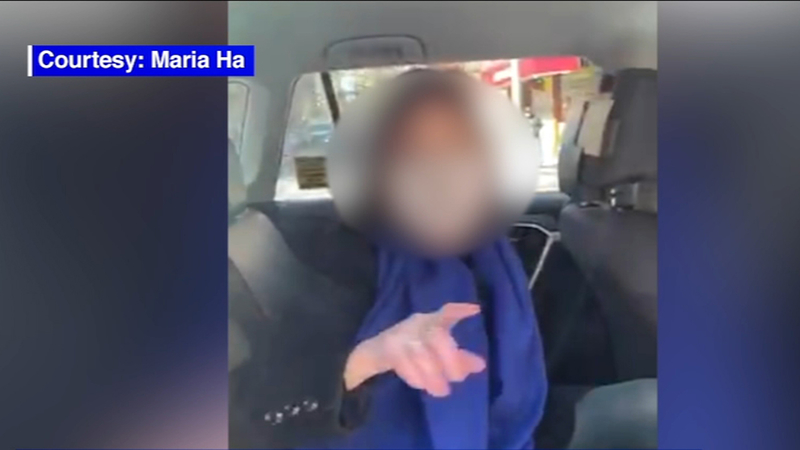 Maria Ha, 25, and 31-year-old Dan Lee say they were verbally harassed while on the street in Kips Bay and told to go back to China by an unknown woman. The couple have filed the report as a hate crime.

Ha was alone when the incident began just before 1:30 p.m. Sunday at 23rd Street and First Avenue.

"I kind of felt someone looking at me, so I starting staring back," she said. "And then I realized she was looking at me. Then she came closer and closer, staring at my eyes."

That's when Ha says the woman got into her face, nose to nose, unprovoked.

She ran home to get her husband ,and when he arrived, the woman was getting into a cab.

The couple then decided to leave and crossed the street. That's when they said she did it again, for the entire block to hear.

"And then she opens the window, thinking that the cab driver is going to go, and then she yelled, 'Go back to (expletive) communist China you (expletive),' again, for everyone to hear."

According to the NYPD, there have been 10 anti-Asian hate crimes this year already, not including this one, compared to 29 during all of 2020.

They also believe these crimes are underreported, and we know there were far more incidents in 2020 because we have spoke to so many victims who did not report it to police.

But now, victims are now finally speaking up.

By the way, neither Ha or Lee are from China. Their parents are not from China, and both are Korean American.

Congresswoman Grace Meng shared the video on her Twitter page, writing "Anyone wanna come claim your friend? After a lifetime of being told to 'Go Back' we're not taking this in silence anymore."

Sources say investigators are considering filing a harassment charge against the woman.

An incident in which an Asian American mother says she was spit at while holding her baby and called the 'Chinese virus' is being investigated as a possible hate crime.

Separately, the NYPD has released video of a man they are searching for in connection with a hate crime assault in Harlem.

It happened just after 10 p.m. on Monday, February 15, in front of Fred Samuel Park on Lenox Avenue between West 139th and West 140th Street.

The 27-year-old victim was walking to his vehicle when he was pushed by an unknown individual.

When the victim asked why he was pushed, the man made anti Asian statements and punched him in the face, causing pain and swelling.
EMBED More News Videos

The victim said the man yelled, "This is America, you (expletive) Chinese. Go back to China."

The suspect then fled eastbound on West 139th Street.