Teen in custody after man fatally shot on street in Astoria 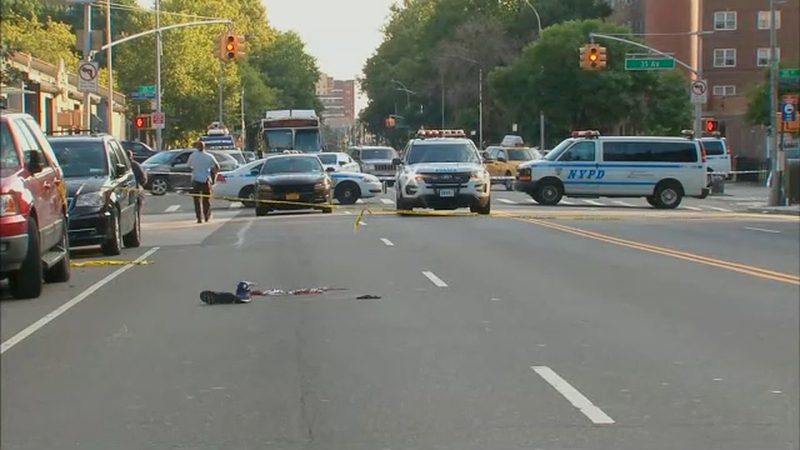 Officers responding to a 911 call discovered a 29-year-old man unconscious and unresponsive with multiple gunshot wounds to his chest.

EMS responded and transported the victim to Elmhurst Hospital, where he was pronounced dead.

A 17-year-old has been taken into custody with charges pending, police say.