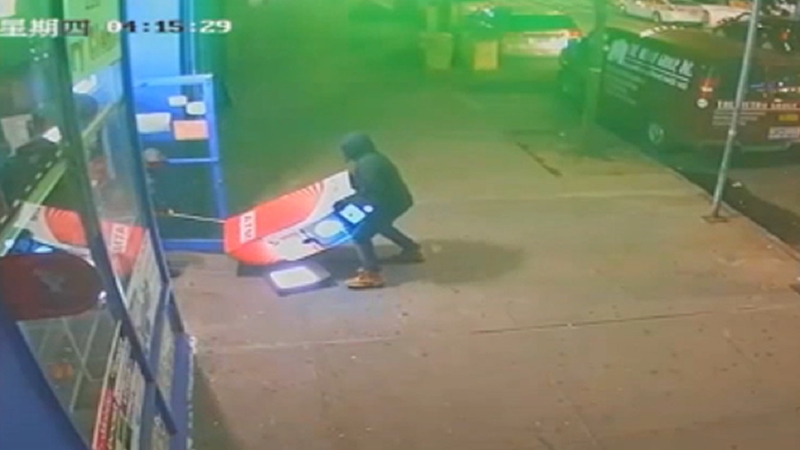 Police say the burglars seem to be targeting ATMs - and in one incident, they completely removed one of them from a store. They put it into the back of an SUV and drove off.,

Police say they have stolen thousands in cash.

The first incident happened on September 6th and 7th on Wilson Avenue. The men broke into a rear door, cracked into a cash register and took an ATM.

Then on September 7th and September 8th they struck again. They got away with an ATM Machine from 97th Avenue.

Later that month on September 19th, they went into a store on Knickerbocker Avenue and stole their ATM. An employee was actually inside at the time in the back of the store.

On Forest Avenue on September 26th they busted in the front door and took an ATM stuffed with more than $6,000.

On October 2nd, again on Knickerbocker Avenue, they took a lock off of a front gate and got away with an ATM.

The thieves attempted to take an ATM but were unsuccessful on October 7th inside a business on Covert Street.

They had the same luck on October 11th inside a business on Wyckoff Avnue. They tried to get an interior door open, but failed to do so. That time, police say they fled in a white QX60 Infiniti with PA license plate KVG2690.

Most recently, they struck on Monday, October 14th on 5th Avnue. They broke a lock to the location, but got away with nothing.