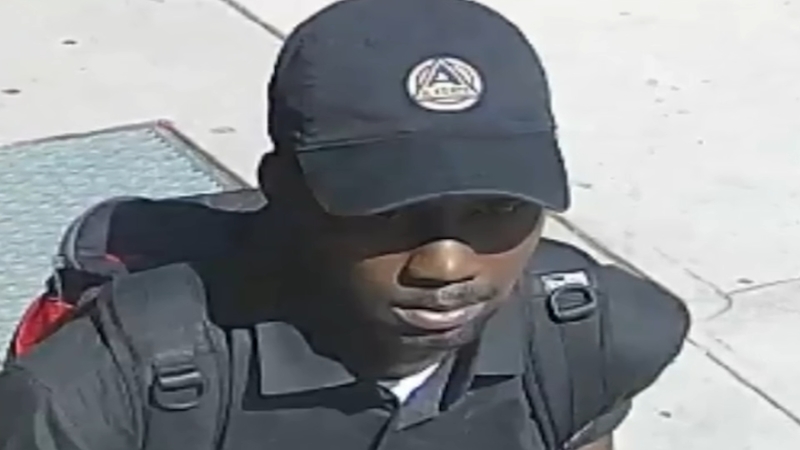 GREENPOINT, Brooklyn (WABC) -- Police are searching for a suspect who tried to rape a woman inside her apartment in Brooklyn in the middle of the day, and they're hoping surveillance video and images will lead to an arrest.

It happened around 3:30 p.m. Thursday in the vicinity of Meeker Avenue and Kingsland Avenue Greenpoint

Authorities say the suspect knocked on the woman's door and asked if Jeffrey was home. She opened the door and engaged him in conversation, at which point he forced his way inside, pushed the victim into her bedroom and threatened her with a claim that he had a knife in his bag.
He allegedly demanded she perform a sex act, and then she fought back.

Police say the victim punched the suspect in the groin and attempted to flee the apartment. He then tackled her and tried to remove her dress.

The victim was taken to Woodhull Hospital, where she was treated for her injuries.

Maintenance workers at a nearby apartment said they heard the commotion and rushed to help.

"Just a good act," said a man who would only identify himself as Victor, and who witnesses described as the man who came to the victim's aid. "I hope they catch the guy."

People in the neighborhood expressed shock following the crime and said they would be taking extra precautions in light of what happened.

"Especially with my wife, I told her not to let anybody in and to ask questions before you buzz anyone in because we don't know what can happen," neighbor Luis Terreros said.

"If I'm by myself and my roommates aren't around, I'm not answering that door," Krysten Rosamilia said.

The individual is described as a black male in his mid-20s, approximately 6-foot-2, with a medium build. He was last seen wearing a black baseball cap, black short-sleeved shirt, beige pants and black shoes.

Danielle Leigh reports on the search for a suspect who tried to rape a woman in Brooklyn.