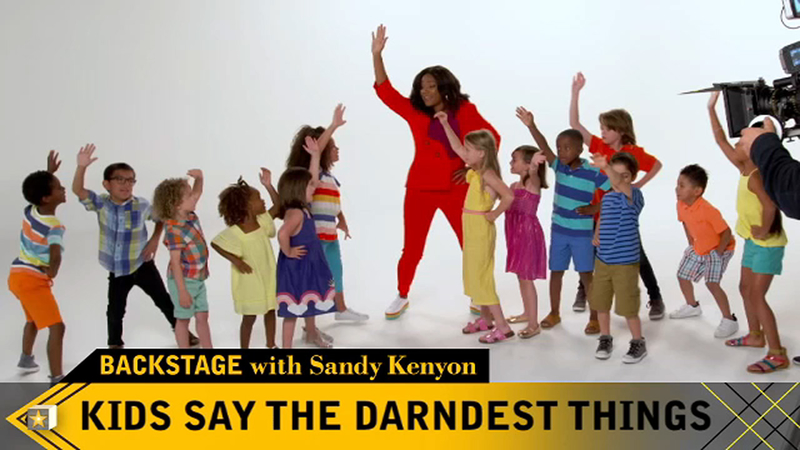 NEW YORK (WABC) -- Tiffany Haddish has re-launched a hit series from a previous generation, traveling around the country and listening as "Kids Say the Darndest Things" at every stop.

They were showing her how to double dutch in Harlem recently.

"We're going to different cities all over the country," she said. "We're going to Philadelphia, Nashville. We were in Los Angeles, now we're here in New York."

She's sitting down with children to get their take on random topics, often with hilarious results, and the show makes great use of her special talent to make us laugh.

"I'm very involved in 'Kids Say the Darndest Things,' I'm one of the executive producers," Haddish said. "So when it comes to, 'What are we going to talk about with the kids? What topic are we going to use?' I have a lot to say in that."

The show plays to her strength and takes advantage of her ability to improvise, and kids seem to bring out the best in her.

"I just talk to the child like they're a person, and then conversation happens," she said. "It's been really fun interacting with them. It's like interacting with my friends, you know? They're just little people, and we have fun."

And she channels her own experiences into giving the children a voice and a platform.

"I remember being a kid and always being told, 'You should be seen and not heard,'" she said. "And I don't think that's right. Kids should be heard, and they should be seen."