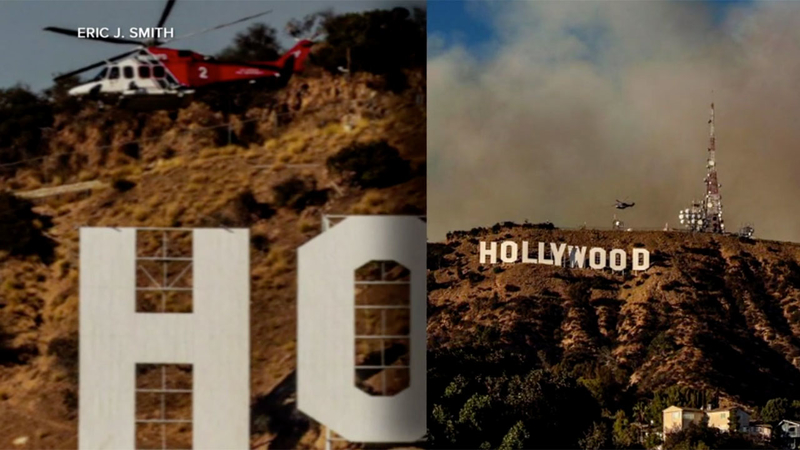 Barham Fire breaks out in Los Angeles near Hollywood studios

LOS ANGELES -- A small brush fire broke out in the Hollywood Hills area of Los Angeles Saturday afternoon, sending plumes of smoke that towered over the Hollywood sign and could be seen for several miles.

The Los Angeles Fire Department said firefighters on the air and on the ground had stopped the forward progress of the 34-acre Barham Fire Saturday.

Though the fire broke out near the Warner Brothers studio lot, the fire department said on Twitter that there have been "no structures damaged and none imminently threatened."

Officials said wind was not a factor in the Barham Fire, which was slowly moving away from structures and toward Griffith Park. Some production companies and film crews evacuated out of an abundance of caution.

"It was crazy and it just enveloped the entire side of the mountain," a witness told KABC.