Standoff in Warren, New Jersey ends with 3 dead, including gunman 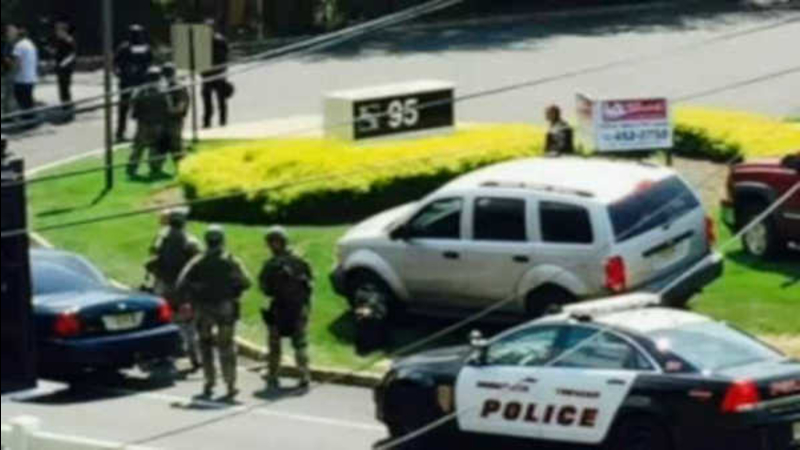 Suspected gunman in standoff with police in Warren, New Jersey

WARREN (WABC) -- Authorities are expected to release more details Monday about a 6-hour standoff in New Jersey that ended with three people dead, including the suspected gunman.

The Somerset County Prosecutor's office says a man and a woman were killed, and the gunman has died of a self-inflicted gunshot wound.

Police blocked off roads for miles on Sunday around the scene near Mountain Boulevard and Mount Bethel Road in Warren.

Heavily-armed tactical officers warned the neighborhood in the aftermath of the shooting around 1:30 p.m.

Authorities say the man who had barricaded himself inside the home and killed the two victims before fatally shooting himself.

"I heard a very loud series of pops or bangs, I wasn't sure at the time if it sounded like gunshots. A quick quiet, then three more," says Reo, "A lot of us are home all day, we don't lock our doors. I may rethink that now."

The names of the victims have not yet been released.

Some nearby homes were evacuated as a precaution but residents were allowed back by 8 p.m.