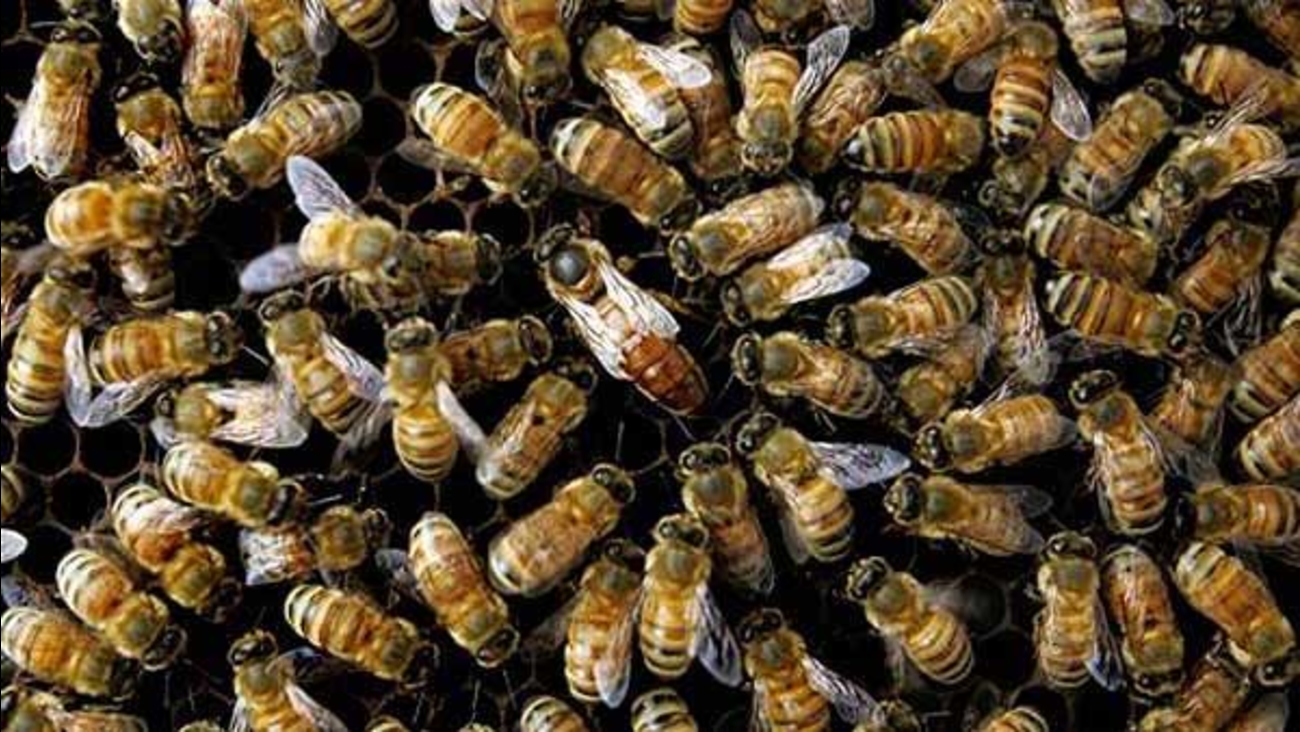 Bees are seen in this undated file photo.

LOMA LINDA, Calif. -- Bees attacked a 43-year-old man who was giving his dog a bath in their Loma Linda, California garage on Sunday.

The incident was reported at about noon in the 25500 block of Van Leuven Street. Both the man and the 12-year-old golden retriever named Daisy were stung more than 100 times.

Three firefighters were also stung and treated at the scene.