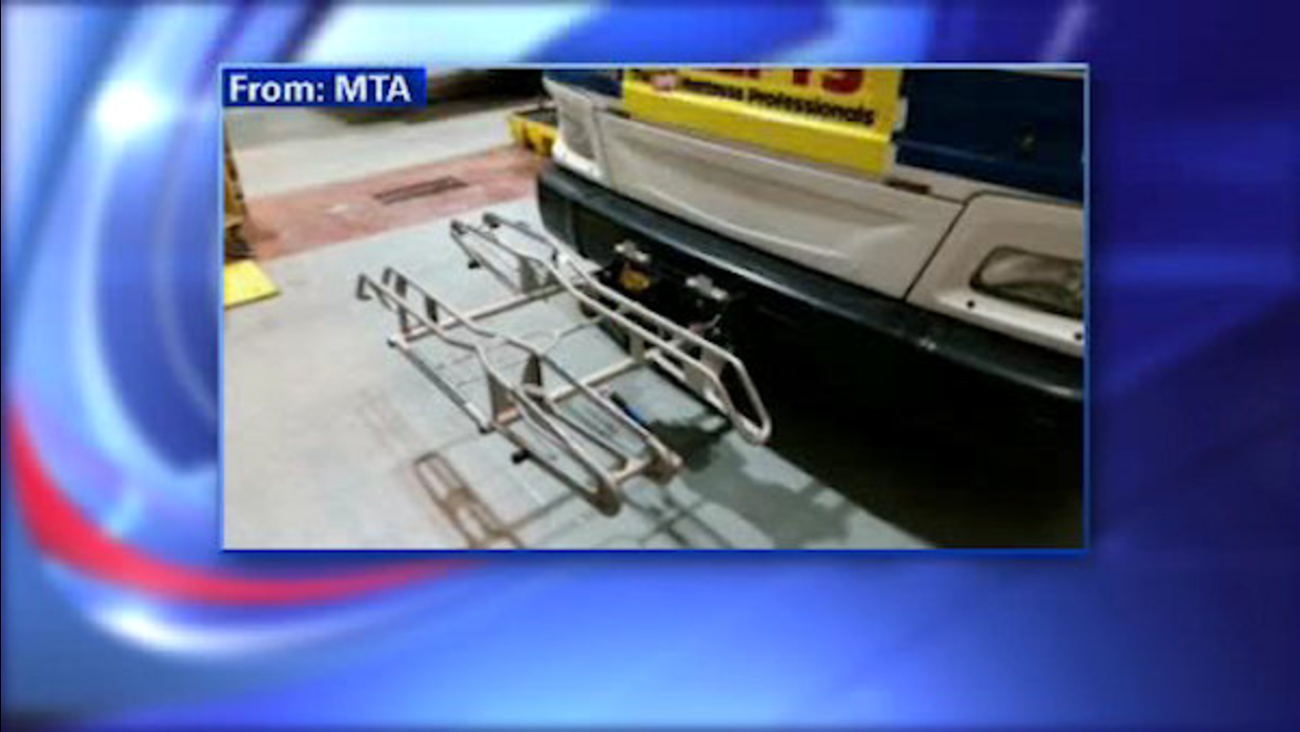 NEW YORK (WABC) -- The MTA is testing out bicycle racks on two bus routes that run between Staten Island and Bay Ridge, Brooklyn.