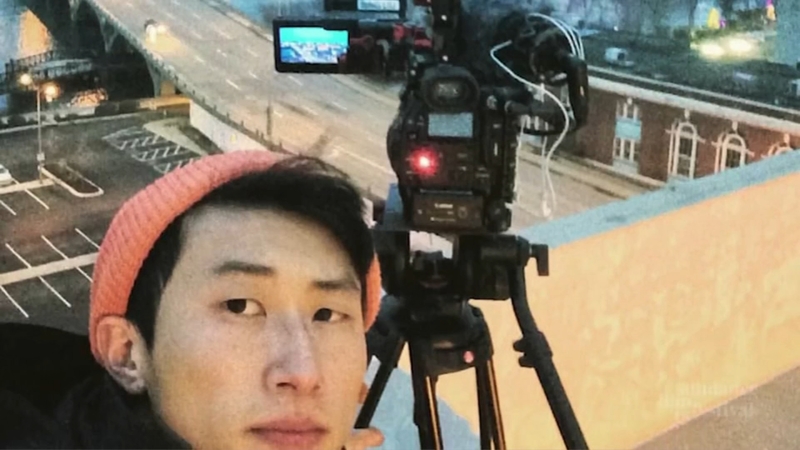 CHICAGO -- Bing Liu is an Oscar-nominated director, just days away from potentially winning what would be his first Academy Award for his film "Minding the Gap."

His journey to Oscar nominee has been years in the making: Liu started shooting "Minding the Gap" as a teenager in Rockford.

Though it may appear to some to be a movie about skateboarding, it's more about how the young men in the film use skateboarding as an outlet to escape from abusive families and lives spinning out of control. It's based on Liu's own story.

"My friends were my family, and I was open in my adolescence about what was going on at home," he said.

Liu is taking his mom to the Oscars. His film is raw in its depiction of his childhood anguish.

"It was tough. It was like every nook and cranny carried the weight of some memory," he said. "I think a lot of skateboarding is mental, so if you can use your mind to think you can do something, you can do it."

Liu is still trying to get used to wearing a suit.

"Hey, don't let the look fool you, I pay $600 in rent in Chicago, I have 3 roommates," he said. "My roommate, when I first was doing awards season, I was like, 'What should I wear to this awards gala?' and she took a look in my closet and said, 'Oh God, we have to start all over,' and so she helped me buy this suit," said Liu, saying the experience made him feel like a "Midwest bumpkin."

Liu's past paved the way to Sunday.