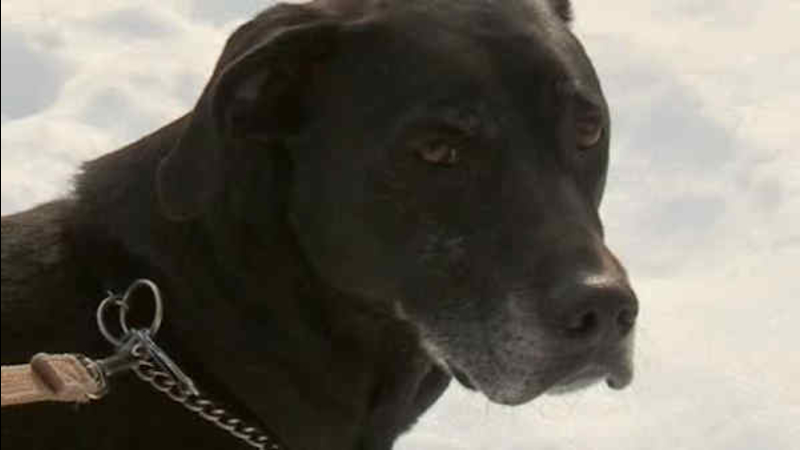 Officer and dog help save man from canal

BOUND BROOK (WABC) -- A 56-year-old New Jersey man is lucky to be alive, and he has the heroic efforts of a Bound Brook police officer and a family pet to thank for his survival.

If not for the barking of his sister's dog Schwarz and the cop who pulled him out of the icy Delaware and Raritan Canal Friday after he slipped underwater, Buck Clarke might not be around to tell his story.

Clarke, who walks the pooch, says he knew they were in trouble when they were strolling the towpath and Schwarz broke for a flock of geese out on the frozen canal.

"He turns around and goes to push off with his hind legs," Clarke said. "His rear end goes in."

Clarke slowly shimmied out on the ice to get him.

"Got out this close to him, then crack, zoom," he said. "I went in instantaneously."

Clarke was able to save Schwarz by pushing him back on the ice, but now he was in trouble.

"Schwarz likes to bark, and he was doing a lot of barking," he said.

It was enough to alert a neighbor, who summoned first responders, including Bound Brook Police Officer Jason Gianotto. The 20-year veteran rescue diver with Somerset Fire and Rescue was called to the frozen canal and knew he didn't have much time.

"It was pretty obvious they had tried to throw a life ring out to him," he said. "As soon as we got out to him, I grabbed onto him, and you could just see his body went limp. He was doing everything he could physically to stay above water."

Gianotto pulled him to shore, where he received medical care.

"It's very nice to be able to say you were part of a team that helped to save this guy's life," he said. "He came in and thanked me personally, and that's something that doesn't happen all that often."

Many others helped in the rescue, but Clarke had Gianotto to thank.

"I can't ever adequately express my appreciation," he said. "I am forever indebted."

And of course to Schwarz, too, whose barking will never again get on Clarke's nerves.