California boy mourns beloved horse after it's electrocuted in puddle 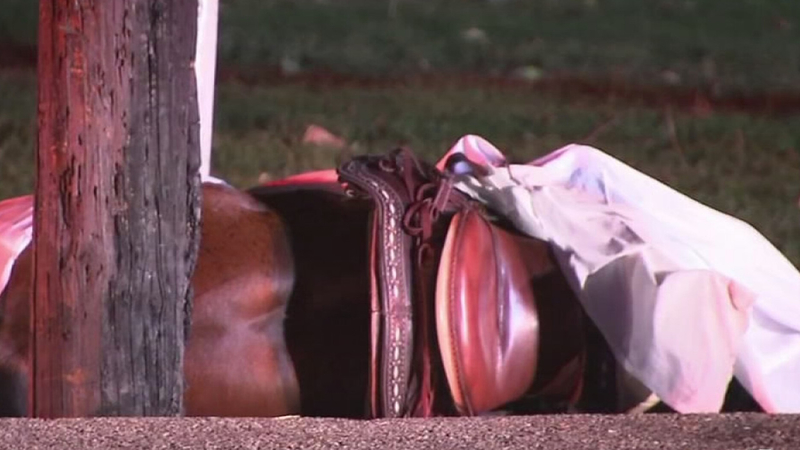 LAKE VIEW TERRACE, California -- A 13-year-old California boy is mourning the loss of his beloved horse after it was electrocuted while he and a friend were out riding in Lake View Terrace.

Authorities say a transformer fire erupted in the 10900 block of West Foothill Boulevard shortly before 7:30 p.m. Monday. Firefighters responded to the scene and worked to put out the fire, but during that time, a puddle of water became energized.

As firefighters worked to extinguish the blaze, two horses and their young riders approached the scene. Firefighters said they tried to wave off the young boys, but Manuel Medina and his friend said they did not realize anything was wrong.

When they got closer, the friend's horse was able to jump over the puddle, but Medina's horse did not make it. As soon as the horse stepped into the puddle, it fell to the ground.

Medina was not hurt but said he tried to help his 20-year-old horse.

"I never felt it," he said. "I got off and went around and tried helping the horse, but he didn't make it. He was being electrocuted. He was shaking."

The treasured horse escaped death just last year, as he was one of only four horses out of about 30 in his stable to survive the Creek Fire.

About 900 people in the area remained without power, and officials said repairs could not be made until they remove the horse's body.