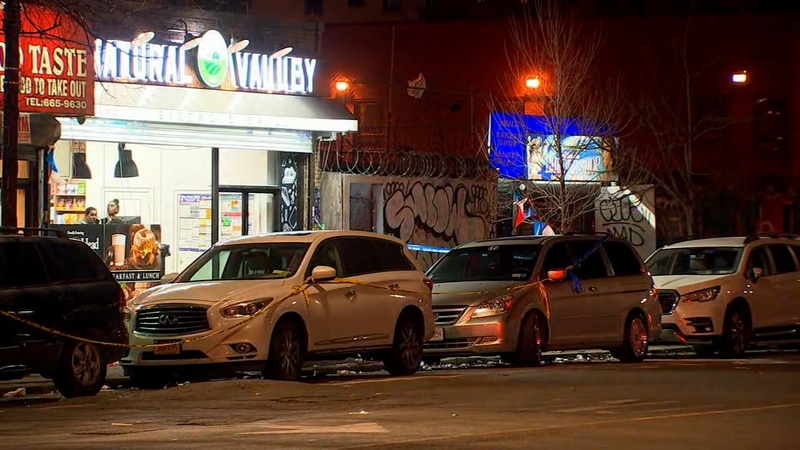 CONCOURSE, Bronx (WABC) -- A shooting in the Bronx left one person dead and another injured Tuesday as police search for the gunman.

It happened around 7:30 p.m. on East 161st Street in the Concourse section of the Bronx.

Police say two 30-year-old men were standing on the street when a gunman came up to them and opened fire.

One victim was shot in the chest and pronounced dead at Lincoln Hospital.

The other victim was shot in the leg and is expected to survive.

Police say the suspect fled from the location.

There's no word yet on a motive for the attack.