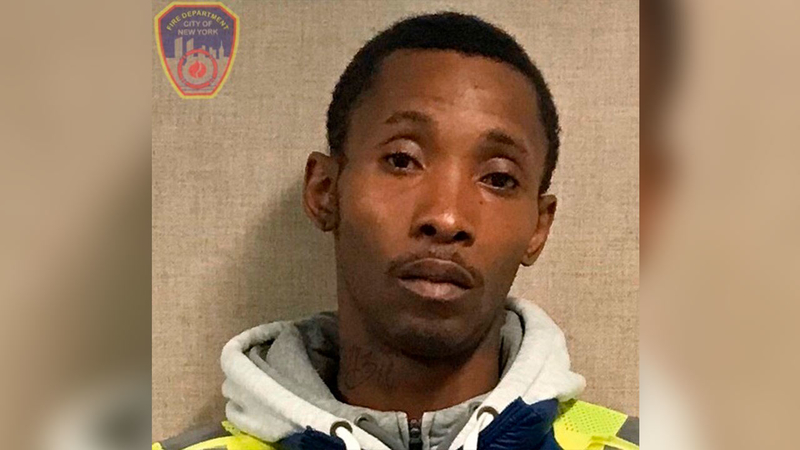 BRONX (WABC) -- Fire marshals arrested a Bronx man for allegedly using a flammable liquid to start a fire that endangered the lives of five people, including three young children, the FDNY announced Friday.

Kamal Kerr, 31, faces multiple counts of attempted murder, arson and additional charges in connection with the October 15 fire at 36-18 Bronx Boulevard, an apartment in the Bronx.

Firefighters were called to the location for a report of a fire at 7:22 a.m. and arrived in four minutes, and officials said the rapid response allowed firefighters to quickly bring the incident under control without injuries to civilians or FDNY members.

The FDNY determined a flammable substance was used as an accelerant.

A resident of the apartment said they were getting ready for school at 6 a.m. when the suspect lit the curtain on fire in the back window. She said her mother grabbed the curtain and threw it on the ground, while her father came out with a pan of water and dumped it on the window and curtain.

The fire department showed up immediately after.

The resident said the suspect poured lighter fluid into a bedroom window, lit a piece of paper on fire and tossed it into a window and walked away.

"This brazen, heinous act of arson could have resulted in the loss of five lives, including three young children," Fire Commissioner Daniel Nigro said. "Thanks to the rapid response by our firefighters and the dedicated investigative work by our fire marshals, there were no injuries to occupants and a dangerous individual has been apprehended."

The case will be prosecuted by the Bronx District Attorney's Office.