Mother charged with murder in death of infant girl at Bronx apartment building, she once worked for ACS 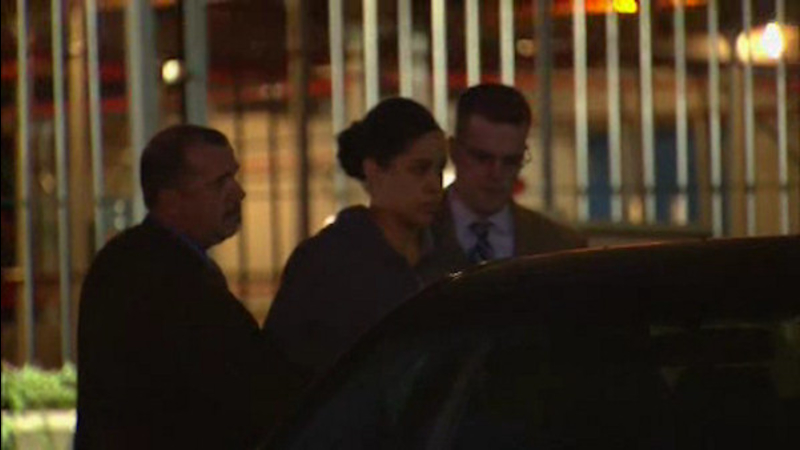 MORRIS HEIGHTS, N.Y. (WABC) -- Charges have been filed against the mother of a newborn girl accused of throwing the child out of a 7-story window at a Bronx apartment building Monday.

The NYPD says 33-year old Jennifer Berry of Yonkers is charged with murder and manslaughter. She was led from the 52nd Precinct Tuesday night.

It was also confirmed by a spokesperson for the NYC Administration for Children's Services that Berry worked for ACS from July 2007 until January 2008.

She was a child protective specialist and worked in the division of children welfare.

The spokesperson could not confirm if Berry left the job or if she was terminated.

The newborn baby was found in the courtyard of a building on West 183rd Street near Loring Place North in Morris Heights. The girl still had her umbilical cord attached.

The infant was taken to the hospital where she was pronounced dead a short time later.

The child's mother was located and taken to a hospital. Later, she told detectives that the child wasn't breathing after she gave birth in the shower, and she panicked in disposing of the body.

Berry claimed the baby was stillborn, but the autopsy confirmed she was alive at the time she was allegedly thrown.

The father was questioned and reportedly told police he was not aware that the the infant's mother was pregnant. He was released.

There are no mincing words among building residents, who were still in a state of shock Tuesday. The autopsy confirmed their worst fears -- the newborn thrown from the window was alive at the time.

Some in the building left candles and a small remembrance. This will be hard to forget.

When the police department sent out information on the case, it said in part, the victim had been identified as "newborn infant female".