7 On Your Side: Still no security turnstiles at Bronx-Lebanon Hospital 1 year after shooting 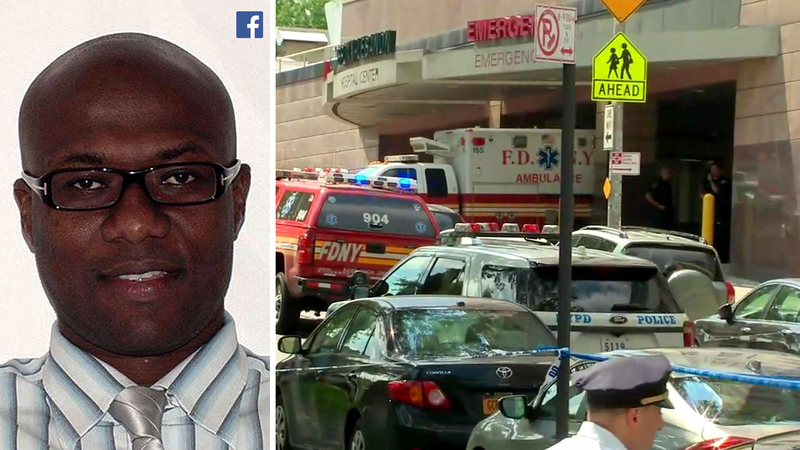 Still no ID turnstiles at NYC hospital 1 year after shooting

BRONX, New York City (WABC) -- A 7 On Your Side investigation has found that no security turnstiles have been installed at Bronx-Lebanon Hospital nearly a year after a deadly mass shooting.

The death, injuries and fear caused by a former disgruntled doctor who breezed by security with his old employee badge and an AR-15 still leaves some workers uneasy.

"It was devastating, life changing," said Deliah Rivera, a hospital worker who helped assist staff with the wounded on that terrifying afternoon. One doctor was killed and six people wounded when former Dr. Henry Bello opened fired.

In the weeks following the mass shooting, the hospital promised tougher security. But we've learned that a key component of the security upgrades has not been implemented.

A 7 On Your Side investigation has found that no security turnstiles have been installed at Bronx-Lebanon Hospital nearly a year after a deadly mass shooting.

A concerned doctor provided 7 On Your Side Investigates with a memo from the hospital vice president, who promised in the weeks after the attack to install badge swipe verification turnstiles for its main entrances. In the email, the VP promises installation in 10 to 12 weeks.

A check of the hospital's entrances shows that 11 months after the shooting, not a single turnstile has been installed, nor are there any signs of pending installation.

"It is really surprising," said Edmund Hartnett, a former commanding officer of the NYPD's Intelligence Division who now runs a security firm.
Hartnett said the fact that the active shooter entered the hospital using his old identification badge adds to the need for Bronx-Lebanon to get turnstiles installed.

"The turnstile involves access control badge swiping, so a former employee's badge would activate and the turnstile would prohibit entry," he said.

One doctor who spoke under the promise of anonymity said he and his colleagues do not feel safe and that they can't understand why the hospital is taking so long to install turnstiles he feels would be an added deterrent.

Hospital spokesman Errol Schneer says they maintain security at "the highest level" and that recent enhancements include new identification cards, additional cameras and safety training for employees. Schneer said turnstiles will be installed by mid-June, adding they've been delayed because of "manufacturing problems and regulatory codes."