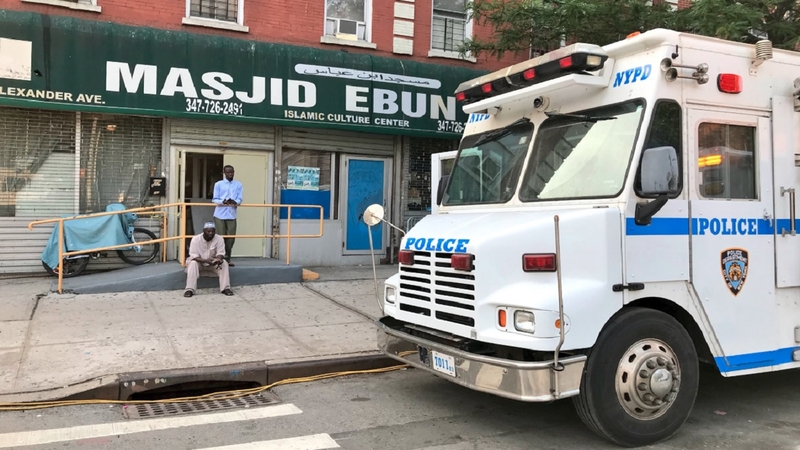 MOTT HAVEN, Bronx (WABC) -- The month of Ramadan is a solemn and peaceful time - the holiest month of the Muslim calendar.

On Friday night, a giant NYPD bus was shielding a mosque in the Bronx from a sniper who has been targeting it.

Imam Mamadou Kamara was in the middle of evening prayers Monday when someone fired a BB gun into the Mott Haven mosque. The pellet ricocheted off a metal door frame and shattered a window. It all happened with a police car in front standing guard after the same thing had happened just two nights earlier.

"This is not the first time this happened - like four times or three times last year," added Kamara.

Eyewitness News was at the mosque last spring when it was targeted then, too. Police believe it has been coming from the Mott Haven Houses across the street.

Kamara says he is hurt but not angry.

Police are still trying to figure out where the pellets are coming from and what the motive was, although it seems fairly obvious it was a hate crime.

Police are asking anyone with information to give them a call.