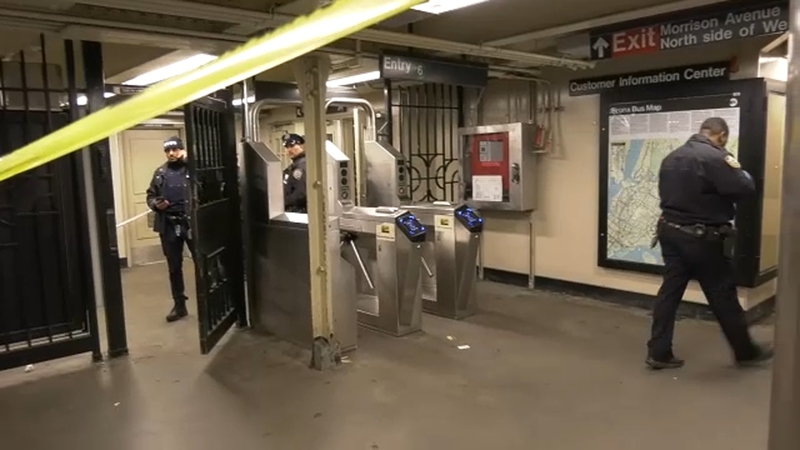 BRONX, New York (WABC) -- The NYPD is investigating a deadly stabbing on a subway platform in the Bronx.

Police say someone stabbed two men - one 25, the other 28 - at the Morrison Avenue/Soundview station.

The attack happened just after 4:30 a.m. Saturday on the 6 train southbound platform.

The 25-year-old victim was taken to St. Barnabas Hospital, where he was pronounced dead.

The 28 year old was taken to Jacoby Hospital in stable condition.

The suspect fled on foot.

Police are looking for a black male in his 40's who was wearing a grey sweater.

6 trains were bypassing the Morrison Avenue/Soundview station in both directions as police completed their investigation.