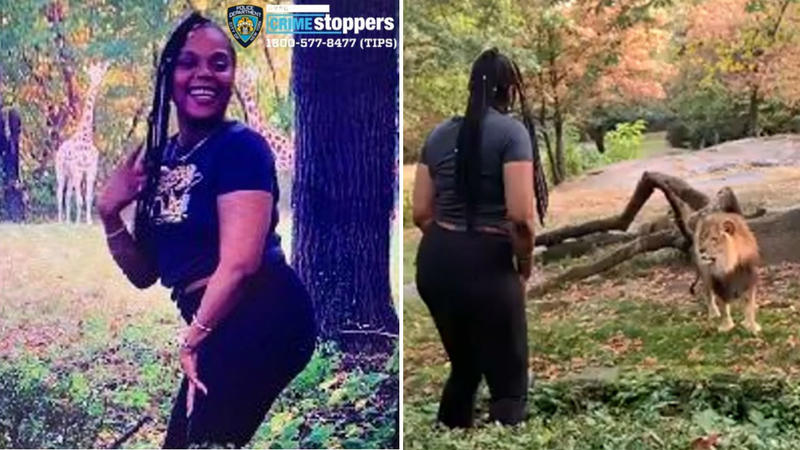 THE BRONX (WABC) -- Police have identified the woman suspected of climbing into a lion's den at the Bronx Zoo last weekend.

The NYPD wants to speak to 32-year-old Myah Autry in connection to the incident that has since gone viral.

Authorities say she is suspected of trespassing into the giraffe exhibit too.

The zoo said it received a report of the incident Saturday, and thankfully, there were no injuries.

The woman is facing a misdemeanor charge of criminal trespass.