Protest against K2 held in Bedford-Stuyvesant, led by Doe Fund 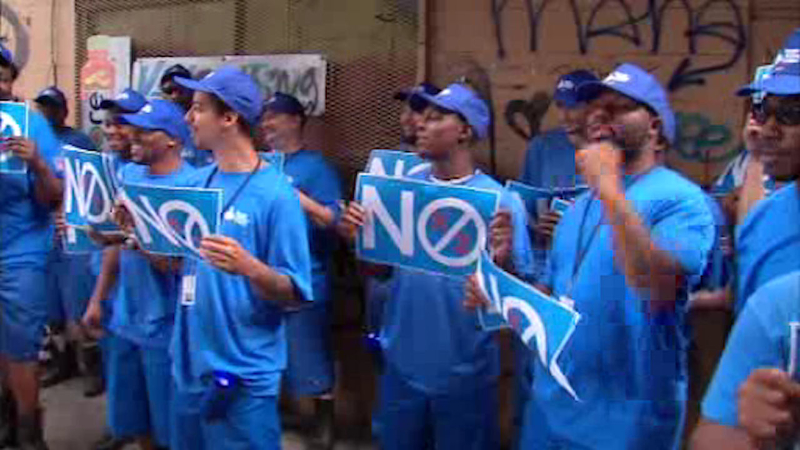 Protests against K2 in Bedford-Stuyvesant

BEDFORD-STUYVESANT, Brooklyn (WABC) -- Community activists aren't backing down in their battle against synthetic marijuana in Brooklyn.

A protest was held against the locations believed to be selling the drug in Bedford-Stuyvesant.

33 people overdosed on the drug earlier this week, and the community says it's had enough.

"My boyfriend overdosed and died on K2. That's why I feel so strongly about it," said Alyssa Sunnato, a protester.

Having already lost her boyfriend to K2, Sunnato joined in the protest with members of the Doe Fund, some who have struggled with their own drug addiction, and protested against any store that is illegally selling K2.

"It's an epidemic, and it's becoming a little too crazy," Sunnato said.

K2 users are left stumbling around. Others become violent, unpredictable and appear to be in a zombie-like state.

"Whoever is selling it they should just shut them down like we are saying. Shut them all down. We don't need this in our community. It's like the crack epidemic all over again," said Michael Deamus, a Doe Fund Member.

After 33 people overdosed Tuesday from smoking what's also knows as "Spice," the police and the sheriff's department made surprise raids on five stores, three were arrested on other charges.

"When K2 is found, if it is found, appropriate steps are taken. At yesterday's operation there was no K2 found in the store fronts," Assistant Deputy Commissioner Robert Messner said.

Video shows some of the at least 33 people who are suspected of overdosing on K2 in Brooklyn.

Video captured a man, wildly waving his arms and punching at the air moving toward a group of women, knocking one of them to the ground. He was pushed away by Good Samaritans until police officers arrive to arrest the suspect.