Building in Brooklyn evacuated after collapse of brick facade 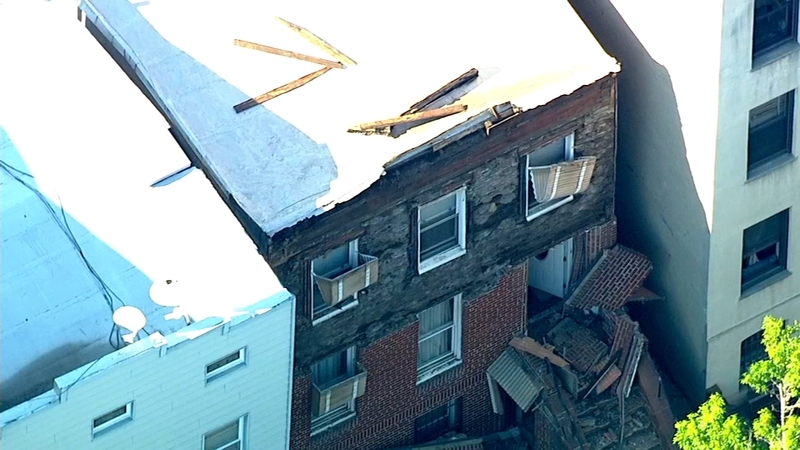 Building in Brooklyn evacuated after collapse of brick facade

GREENPOINT, Brooklyn (WABC) -- A building in Brooklyn had to be evacuated Tuesday following a partial facade collapse.

It happened on Java Street between Franklin Street and Manhattan Avenue in Greenpoint.

A brick facade came tumbling down from a three-story building, leaving the front porch completely covered in bricks.

Some residents on either side of the building also had to be evacuated.

A car in the driveway was crushed, but there are no reports of any injuries.

The FDNY and the Department of Buildings are on the scene. The DOB said its preliminary investigation determined that the collapse occurred due to water infiltration in the masonry.

There is no immediate danger of further collapse, officials said.