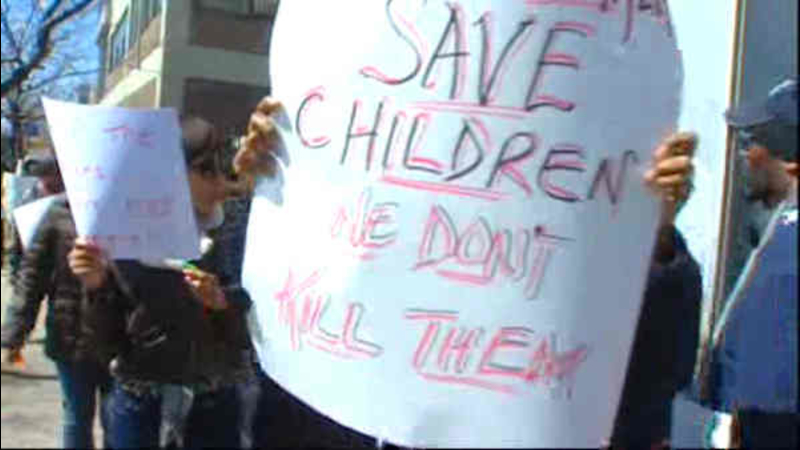 GRAVESEND, Brooklyn (WABC) -- The beating of a 3-year-old boy that left him clinging to life and the arrest of his mother's boyfriend has again put a spotlight on New York City's Administration for Children's Services, and the tragedy has many wondering how little Jaden Jordan fell through the cracks.

On Wednesday, city investigators launched a probe in how ACS handled the case. It marks the second time in the past two months that the agency is under fire.

"Certainly, this new incident raises concerns," Department of Investigations Commissioner Mark Peters said. "The fact there have been more and more instances that we have had to investigate is, in and of itself, concerning. Obviously, we don't know until we're done what we're are going to find."

The DOI is demanding all records regarding Jordan after he was rushed from his home in Gravesend with lacerations to his spleen and liver and showed no sign of brain activity.

Police have arrested 24-year-old Salvatore Lucchesse, who is charged with four counts of assault and endangering the welfare of a child.

"The NYC Administration for Children's Services is saddened by this upsetting news," ACS officials said in a statement. "We are investigating the circumstances that led to this incident."

"The fact is that they went to the wrong home," she said. "And so the question is, if there was not a child there, how come they didn't check and knock on other doors and do a thorough investigation to find out where this child was and to save this child's life."

James has been an outspoken critic of ACS and believes reforms to the system are not occurring.

"It should not take the critical injury of a child or the death of a child to get some reforms in place," she said.

After the beating death of 6-year-old Zymere Perkins back in late September, ACS Commissioner Gladys Carrion became emotional during testimony at a City Council hearing.

"Losing a child is unbearable," she said. "And it's my responsibility."

Five case workers were put on desk duty, and reforms were demanded.

"We have to knit the safety net tighter and tighter, so that there are no opportunities for children like Zymere to fall through any of the openings."

But now, as the investigation begins into what happened to Jordan, there are many unanswered questions.