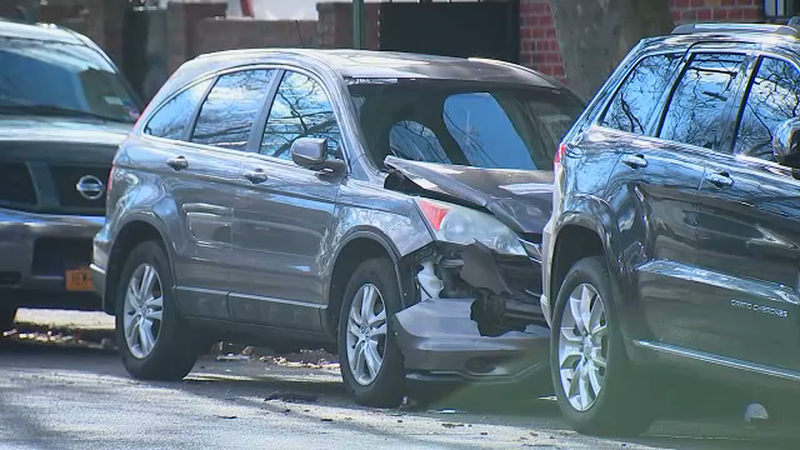 EAST FLATBUSH, Brooklyn (WABC) -- A 22-year-old driver is under arrest after a woman was struck and killed in Brooklyn.

Police say 22-year-old Michael Rajpaul first struck a BMW sedan that was driven by a 44-year-old man before leaving the scene.

CeFaan Kim interviews the sorrow filled family after the body of their loved one was identified Tuesday night.

Authorities say that Rajpaul then drove southbound, in the opposite direction of traffic, on 55th Street and struck a Honda Sedan that was driven by a 58-year-old man as well as a 53-year-old pedestrian who was crossing the street.

First responders found the 53-year-old woman lying in the road with seriously injuries.

She was taken to the hospital where she was pronounced dead. Her identity has not yet been released.

Rajpaul is facing charges of manslaughter, assault and reckless driving.