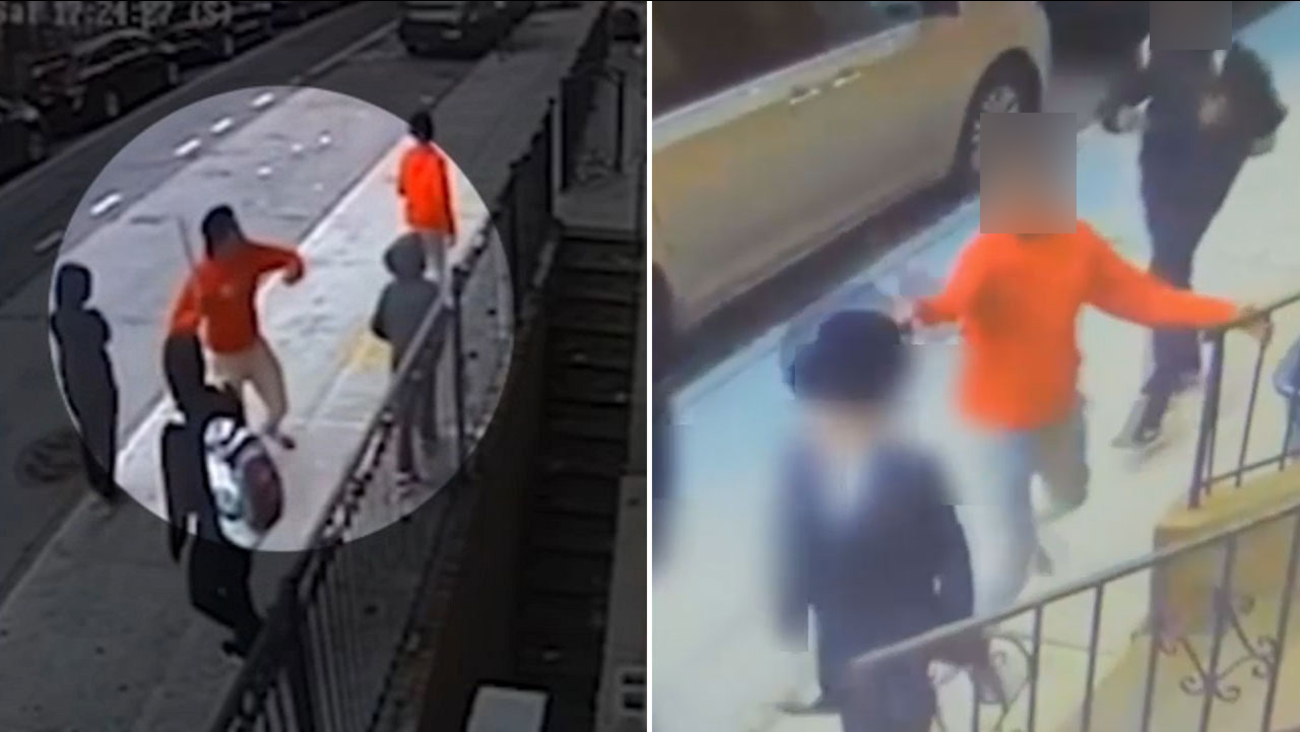 BEDFORD-STUYVESANT, Brooklyn (WABC) -- Officials are investigating a group of teenagers in Brooklyn after a string of three incidents in which Jewish youths were targeted and a metal pipe was thrown through a synagogue window.

The incidents, which are being investigated as bias crimes, happened Saturday evening within a period of 45 minutes in Bed-Stuy.

The teens, who police believe are between the ages of 12 and 14, first approached a 14-year-old Jewish boy from behind, knocked off his hat and pushed him. Police said the group then threw a metal pipe into the front glass window of a synagogue on the corner of Myrtle and Franklin avenues.

As the group ran away from the scene, they pushed a 10-year-old Jewish girl to the ground, police said.

"When you look at the totality of what we have here, there is a nexus to the jewish faith in all three," said NYPD Chief of Detectives Dermot Shea during a press conference.

UPDATE: Police have made arrests in connection with these incidents, but the suspects are said to be juveniles and will not be publicly identified.