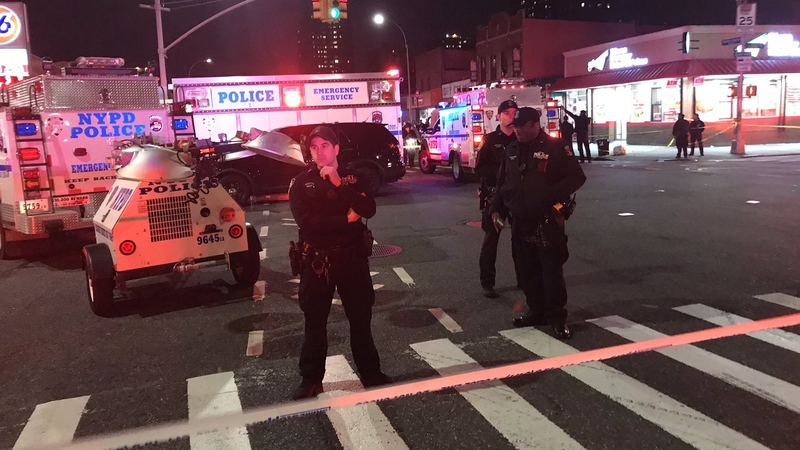 BROWNSVILLE, Brooklyn (WABC) -- One officer is in a medically-induced coma, and another is injured after a suspect was killed in a police-involved shooting in Brooklyn.

The incident happened around 5:00 p.m. Friday at Gold Mine Nail Salon near Mother Gaston Boulevard and Sutter Avenue in Brownsville.

Officers were attacked while trying to arrest a man who had urinated in the middle of the nail salon.

Nail salon workers had flagged down two police officers who were driving by.

Chief of Patrol Rodney Harrison said that a second man who was standing outside entered, and there was a violent struggle with the officers. A Taser was used, and a metal chair was raised, striking the officer in the head.

Officials said six bullets were fired at the suspect. The suspect who intervened was pronounced dead.

One officer is critical but stable and is in a medically-induced coma. Another officer was treated and released from the hospital.

In the past month alone, there were five NYPD-involved shootings. Four of the shootings were in the past 10 days -- three of them were deadly.

Most recently, a suspect was shot and killed by police after a violent struggle with officers in the Bronx.