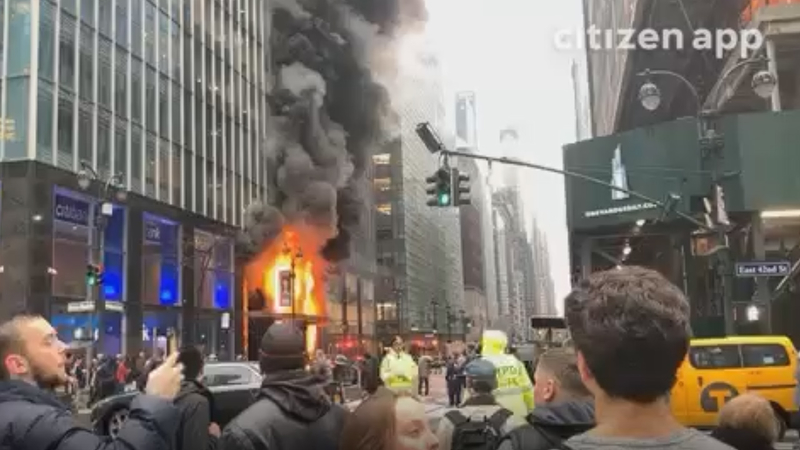 It happened around 10 a.m. between 42nd and 43rd streets on Madison Avenue.

The fire started on the exterior of the 40-story building's second floor and spread smoke throughout the lower floors.

The smoke got inside the stairwells, making it difficult for some to evacuate.

"We were on the 23rd floor when the fire broke out, and they said it was time to evacuate," one resident said. "But first, they initially only evacuated two to 10, and then a minute later they said everybody. On the way down in the stairs, around the eighth floor, you started to smell it, and then you started to see it. And it was really thick as we got lower."

The FDNY managed to put the fire out quickly, but Madison Avenue remained closed near the site of the fire.

The fire never spread beyond the holiday decorations above the Madison Avenue entrance and really burned for only a few minutes, but the picture was much more dramatic.

"There are rules in the city of New York, as far as what your decorations should be," FDNY Deputy Chief Dean Koester said. "On the exterior, it's not as dangerous as if it were inside, but do I think they're dangerous? If you treat them properly, no."

The damage to the building was deemed to be cosmetic, and no injuries were reported.