Bulletproof clothing designers say US demand is on the rise 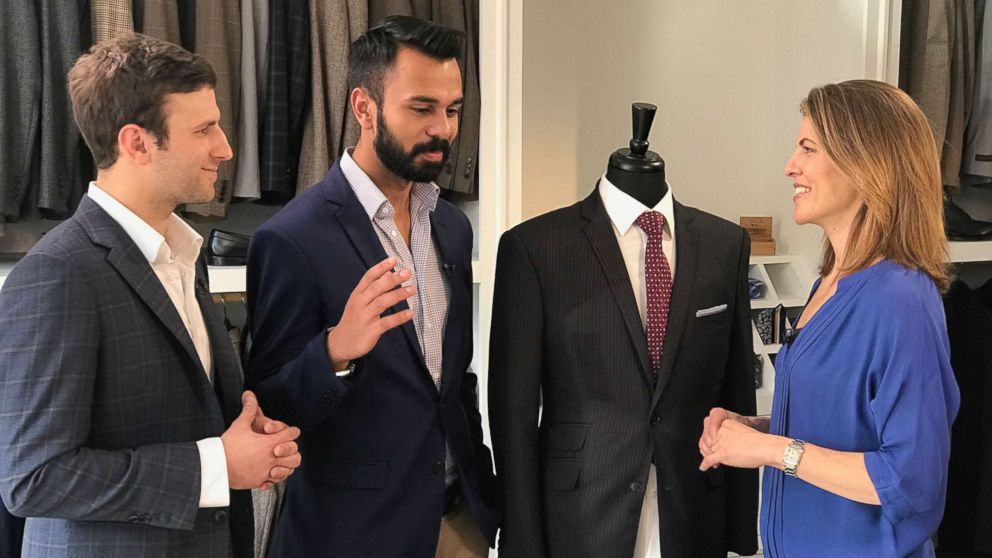 A Florida husband and wife duo who developed a fashion line of bulletproof clothing say they have seen the demand for their products in the U.S. increase exponentially -- and amid growing security concerns, they believe the market still has untapped potential.

Miguel Caballero created MC Armor, a branch of his Colombian based company that focuses on ballistic-resistant clothing that includes items from jackets and accessories to children's apparel. Leading the U.S. market efforts is his wife, Carolina Ballesteros.

"It's fashion," Ballesteros told ABC News. "But it's fashion with protection."

Since starting the business in 1992, Ballesteros said the profile of MC Armor's customers has already changed. "Now we get a lot more celebrities and politicians," she explained.

Ballesteros, who bravely showed off the effectiveness of their clothing by taking a bullet to her chest, said she and her husband decided to expand their Mexico and Colombia-based boutiques to the U.S. because "we felt it was the moment."

"The U.S. has a lot of guns, and it's part of the culture," Ballesteros said. "But we participate in the defense and security industry and we want to save lives. So as soon as we see something as a shooting, a massive shooting, we need to be there."

The U.S. market alone has proven highly lucrative for the couple. With an estimated 3 million American gun owners, it is one of the largest markets for gun accessories.

One South Florida gun store owner, David Johnson, said he has been selling ballistic accessories to a wide array of customers recently.

"We have a full spectrum: lawyers, doctors, we have a lot of realtors that go into bad neighborhoods, landlords that have to collect rent," he said. "Also this is South Florida -- the home of road rage -- a lot of people like to keep this in the back of the car, just in case."

MC Armor's bulletproof clothing and backpacks were originally developed in the early 1990s when Colombia was ravaged by crime, prompting a demand for products to help people feel safe.

Ballesteros said they even developed a bulletproof version of the Bible for priests.

"So he has a Bible all the time in front [of him] so he can use it as a shield," she explained.

Now, she said the company's products have become part of a new safety trend that includes bulletproof backpacks, especially in schools.

Ballesteros said her company's first bulletproof children's backpacks were specifically designed for students in the United States after the deadly mass shooting at Sandy Hook Elementary School in Newtown, Connecticut. The design includes a bulletproof material sewn inside the backpack which allows students to use the book bag as a shield.

"It's the same as you'd teach [children] different things, like how to go to the bathroom in school," Ballesteros explained.

"As mothers, we have to teach kids," she added.

More recently, Ballesteros said the bulletproof backpacks sold out within minutes of the shooting at Marjory Stoneman Douglas High School in Parkland, Florida, in February.

But she defended the company against criticism that they are making money off of fear explaining, "it's not about fear, it's about protection."


Shannon Watts, the founder of Moms Demand Action who is the mom of a high school student, argues that she shouldn't have to buy a bulletproof product in order for her and her family to feel safe.

"We should be asking ourselves if this is truly an effective way to stop injury by gunfire," Watts said. "Not saying that the technology is bad, the real problem is that civilians want these products because lawmakers aren't taking action to curb gun violence.

Our lawmakers should be the ones taking action to prevent people from causing harm in their communities," she continued. "We're doing a lot of things in America that are desperate attempts to protect our families from gun violence... If you compare America to other countries, our rate of violence is off the charts and ballistic clothing should not be the first line of defense for those who want protection."

According to an August 2017 report from Market Research, body armor manufacturing is a $465 million-a-year industry and a Grandview Research 2016 study projects that the industry could reach over $5 billion globally by 2024.

Abbas Haider and Robert Davis are another duo who have launched their careers in the ballistic resistant retail industry. The pair founded Aspetto Inc., the first U.S. based company to offer high-end and couture suits and shirts for an elite clientele.

Haider said the unique area between Washington D.C. near Quantico has changed the profile of their customers. "Now we get a lot more celebrities and politicians," he explained.

The bespoke suits can range in price anywhere from $5,000 to $9,000 and are made of the same fabrics used by other luxury designers, he explained.

"Our product is 100 percent made in America. Our ballistics are government approved. So if you're going to put your life behind ballistics it should be us," Haider told ABC News.

The factory is based in south Florida "where all the magic happens," he added. In addition to manufacturing the suit patterns, he says their space is also used to test the fabric with various guns to ensure it measures up to the level of protection advertised.

"This is the product that saves lives. This creates the best chance for their life being saved," Davis, his partner, told ABC News.

Davis showed off a suit that can withstand the blast from a 9-millimeter bullet but said it would still feel like taking a punch.

Although Aspetto has traditionally had a list of high-profile clients, Davis and Haider said more and more Americans are willing to splurge on protective clothing.

Henry Ross, a former U.S. Marine who works in the security industry, said that despite his experience and training in the military, he sees this type of clothing as a backup form of protection against the unexpected, "the same reason you buy a first-aid kit."

"You don't buy because you want to use it, right? You buy because if you don't have it when you need it, you're kind of out of luck," Ross told ABC News.

Distributors and designers like Davis, Haider and the Ballesteros all claim to take the legal selling requirements very seriously and conduct background checks on all customers. While background checks are not required by law to purchase ballistic clothing, the U.S. has a federal ban on convicted felons illegally possessing armored clothing.

Ballesteros said she and her team hope untapped clientele in the U.S. could make the country MC Armor's biggest market very soon. And she has plans to specifically focus on women like herself.

"Women are learning about guns and safety and security and they want to know how to care for their family, the ones they love," she added.
Report a correction or typo
Related topics:
abc newsnational
Copyright © 2021 ABC News Internet Ventures.
More Videos
From CNN Newsource affiliates
TOP STORIES