Bullets strike Brooklyn childhood learning center while children were inside 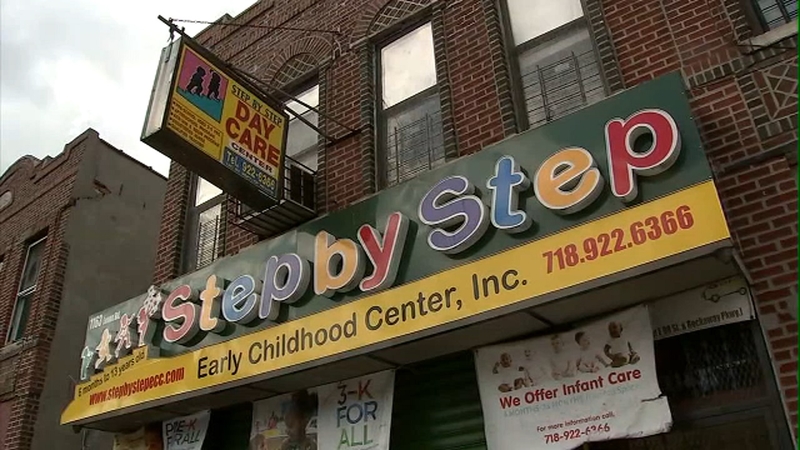 Bullets strike Brooklyn childhood learning center while children were inside

BROWNSVILLE, Brooklyn (WABC) -- Locked and shuttered, the Step By Step Early Childhood Center in Brooklyn is closed after a bullet shattered the front door during what Eyewitness News has learned was a 'dispute between two men.'

"We have to get the guns off the streets," says Burchell Marcus, Director of the Community Advocate Development Organization.

The community is concerned after the shots were fired mid-day Thursday on Lenox Road in Brownsville. At the time, he says, there were children inside the center.

"We can't have these young men running around with guns thinking this is the wild wild West. We have to make sure our children are safe," adds Marcus.

Eyewitness News has learned that across the street, an unknown dispute between two men led to the shots fired. Security video from a nearby restaurant captures two men facing off against each other when one man is seen raising what appears to be a weapon. The other man raises his hands. You do not see the shots fired that shattered the door of the center.

A woman dropping her child off at the center only to find it closed said, "I didn't get an email. They didn't give me a phone call. Nothing."

A note from the center's director attached to the shuttered door of the center read in part: "As a result of the incident outside of the center...and to ensure the safety of our children and staff we will be closed Friday March 9, 2018. We apologize for the inconvenience this may have caused."

Detectives were back in the area investigating the shots fired. "Too many innocent people could have gotten killed," said Marcus.

The weapon has not been recovered and there have been no arrests.