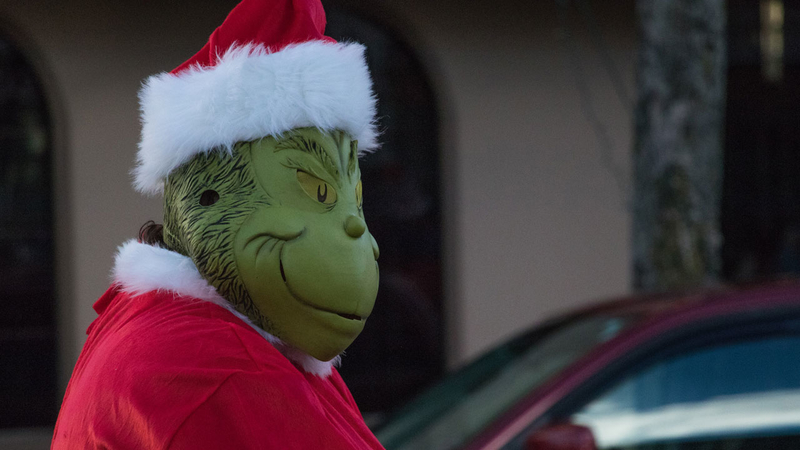 A police department in Mississippi received a 911 call from the boy, informing them that the anti-hero in the famed Dr. Seuss book was out to steal Christmas.

According to the Clarion Ledger, Pittman called the police department last Saturday, unbeknownst to the rest of his family, after learning on the internet about the green fiend and his motives.

Fearful that the Grinch would take his Christmas, Pittman apparently took it as fact, but the 911 operator and the police department took it a step further.

The operator, Officer Lauren Develle, visited Pittman's home after the call. Develle holds the Grinch story close to her heart.

"Every Christmas morning, my dad wears these Grinch pants," Develle told the Clarion Ledger. "It's his favorite movie. Growing up seeing the Grinch every Christmas was my favorite thing."

Develle took down Pittman's "report" about the Grinch.

On Monday, Pittman and his family were invited to the police station, where, sure enough, a green fellow in a Santa suit was being held in a cell.

Pittman met the Grinch, who was actually one of the police employees in disguise.

Pittman, still taking the fictional tale seriously, asked the Grinch why he was stealing Christmas. The Grinch answered with only a shrug.

The boy's story has gained traction elsewhere, where the child is being commended for saving Christmas.