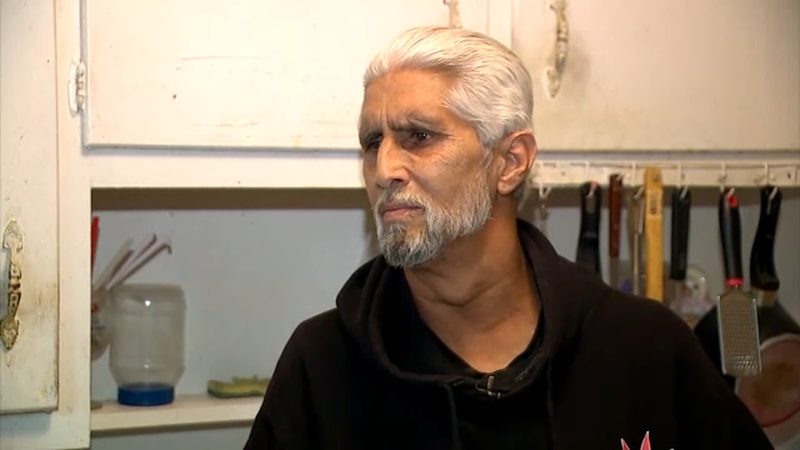 BROWNSVILLE, Brooklyn (WABC) -- A Brooklyn man with stage-four cancer faces eviction from his New York City Housing Authority apartment, and city lawmakers and activists are fighting to prevent him from losing his home.

"I get up and say, 'God, why am I still living?' You know? because it's frustrating," he said.

At the same time, Sanchez, a resident of the Woodson Houses in Brownsville, has been battling NYCHA. In 2015, he moved into the apartment to help his ailing mother.

After she died, NYCHA, for a variety of procedural and policy reasons, issued eviction notices, despite the 64-year-old's worsening medical situation.

"I want them to get off my back and let me keep paying my rent and just continue living," he said.

The Legal Aid Council had filed suit for Sanchez in 2017, and he has received multiple extensions to stay.

All of those efforts, however, officially ran out on Monday, and the nonprofit's lawyers are continuing to fight for more time.

"He lives on such a limited income, and he is so bound to where he can get the medical treatment that he's been relying on," a representive from the Legal Aid Council said.

"Evicting a senior citizen with stage four cancer from public housing seems heartless at best and a bureaucratic failure at worst," Johnson tweeted.

Evicting a senior citizen with stage four cancer from public housing seems heartless at best and a bureaucratic failure at worst. NYCHA should have some compassion here and let Mr. Sanchez stay in the apartment he shared with his late mother. https://t.co/7MI2ol0Ubh

A judge has stepped into the matter and set a new trial for October 21, meaning no eviction can take place before then. This, however, does not guarantee that Sanchez will be able to stay in his apartment.

Sanchez called this a "nonstop process."

"Right now, I've got so many appointments, and sometimes, I just want to give up. I want to completely give up," he said.

NYCHA issued the following statement:
"Since 2016, NYCHA has cooperated with Mr. Sanchez, his attorney, and the court. Upon learning that Mr. Sanchez was planning to move in with family, the court granted additional time in the hope that this would resolve the issue and be to his benefit. These are unfortunate circumstances and we will respect the wishes of the court and weigh every consideration as we have throughout this process."