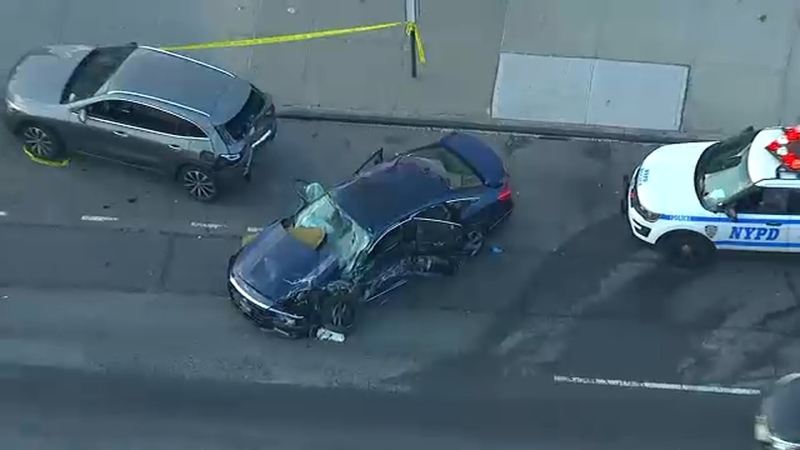 RICHMOND HILL, Queens (WABC) -- A driver suspected of speeding apparently lost control and crashed into two other vehicles in Queens.

It happened on Atlantic Avenue and 111 Street in Richmond Hill just after 1 a.m. Wednesday.

A 23-year-old man was discovered dead in the crashed car.

Detectives are looking into whether he was the driver, or if another person in the car fled on foot.

The identity of the person killed in the crash has not yet been released.

The occupants of the other vehicles sustained non-life-threatening injuries.

The crash is under investigation.