Husband whose wife vanished in the Hamptons professes his innocence 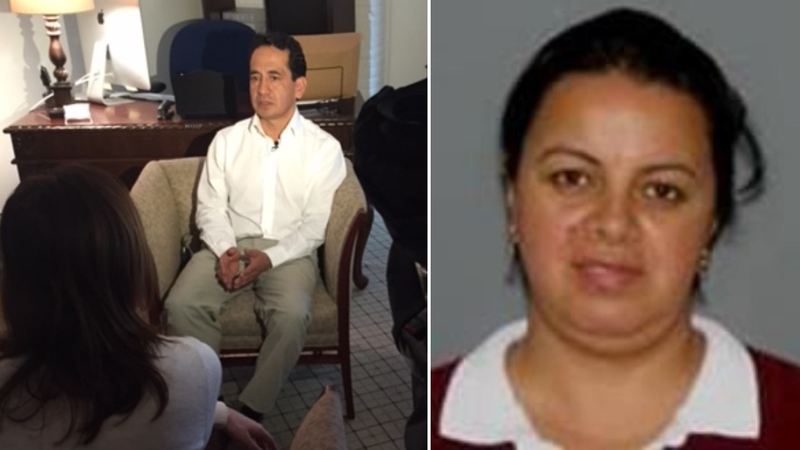 Husband professes innocence in disappearance of wife in Hamptons

EAST HAMPTON, N.Y. (WABC) -- The husband of a woman who vanished in the Hamptons several weeks ago is speaking out Tuesday, telling Eyewitness News that he had nothing to do with her disappearance.

The couple was getting a divorce, and Carlos Aucapina was arrested at least once for violating a judge's order of protection. But he insists he just wants her found safe.

"I'm worried," he said. "I'm worried, especially as the days pass by. It's getting hard for me to keep peace."

The mother of two was last seen on Saturday, October 10. Her car was found in the driveway of their home in Sagaponack, with her purse in it but her cell phone missing.

Aucapina says his wife had obtained an order of protection against him just a few days before she disappeared, but that they were allowed to have contact and speak. Aucapina said his wife "needed some space." He last saw her that Saturday here in a medical center parking lot in East Hampton, where he says she was with another man. Police aren't commenting on whether that man or Carlos Aucapina are considered suspects.

"We are not ruling anyone or anything out at this point," Southampton police Lieutenant Susan Ralph said.

Carlos Aucapina says he voluntarily submitted to a polygraph test Monday because he knows he did nothing wrong.

"The last contact made by my wife to my kids was to my son, saying that 'Remember that always I love you,'" he said.

He's holding out hope that his wife is alive somewhere.

"His plea has not been so much about professing his innocence as it has been trying to get help to find out where she is," attorney Colin Astarita said. "I think that means a lot, and certainly it goes to the depths of his caring for his wife and for his family."

Anyone with information about Lilia Aucapina's whereabouts should call Southampton Town Detectives at 631-728-3400.