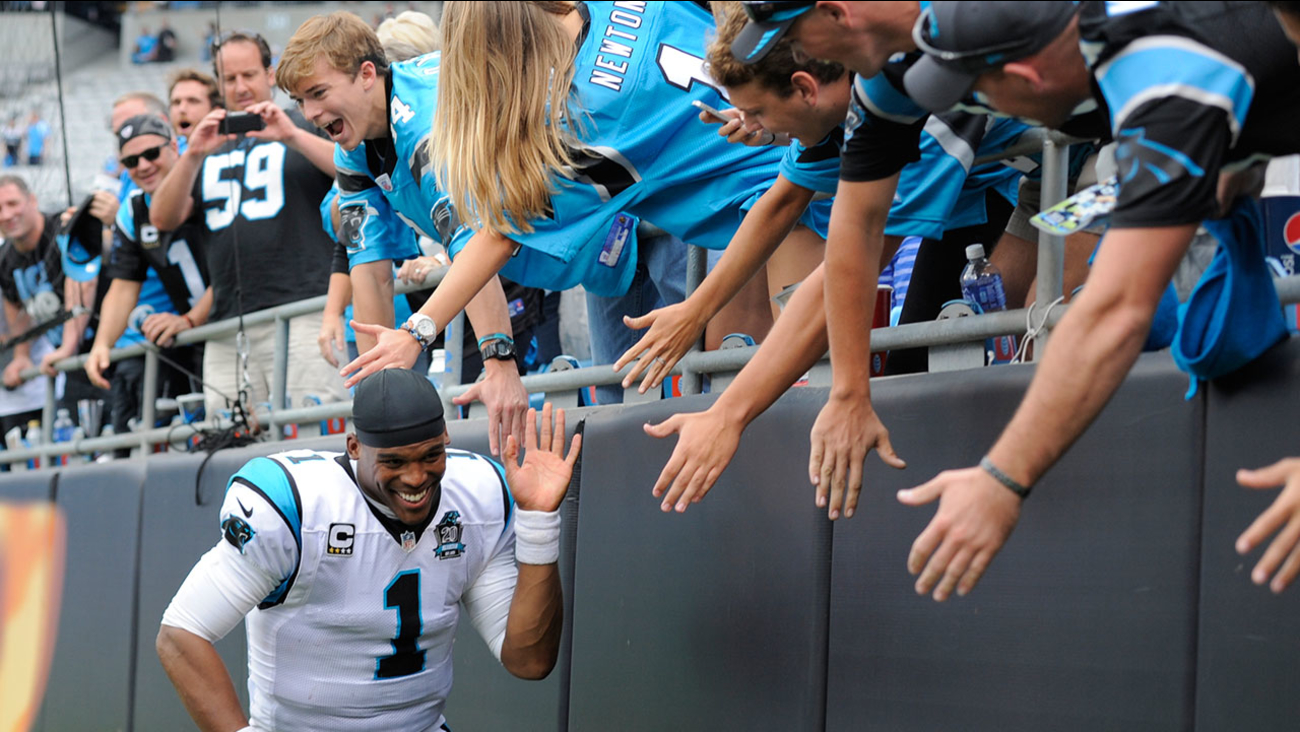 One 12-year-old from Yukon, Okla. is predicted to become a huge Carolina Panthers fan after the team's owner sent him a signed helmet in response to the boy's handwritten letter. (Mike McCarn / AP)

Cade Pope, 12, of Yukon, Okla. needed an NFL team to root for, and owner Jerry Richardson of the Carolina Panthers was happy to help.

Cade spent three weeks handwriting letters to each owner of every NFL team. Two weeks ago, he mailed the letters which asked for guidance on which organization he should root for.

"My family and I love football. We play fantasy football and watch NFL games every weekend. My parents are St. Louis Ram's fans. My brother is a Kansas City Chiefs fan. I don't have a team to cheer for yet. I am ready to pick an NFL team to cheer on for a lifetime," Cade wrote in his letter, obtained by ABC News. "I'm writing to you and all the other NFL teams to ask why I should choose your team to become 'my team.' I can't decide which team to choose, and I don't live in a state with an NFL team. Please tell me why your NFL team is the best, and why I should become your fan."

"He didn't really have one team that he wanted to hear from," his mother Heather Pope said. "He just wanted to see what kind of response he'd get."

On Thursday night, Cade received a package with a replica Carolina Panthers helmet signed by linebacker Luke Kuechly. The package also included a handwritten note from Jerry Richardson, the team's owner and founder.

"We would be honored if our Carolina Panthers became your team. We would make you proud by the classy way we would represent you," Richardson said in his response.

Richardson is the only current NFL owner to have played in the league, and Panthers Director of Communications Steven Drummond told ABC News that Richardson "takes fan mail extremely seriously."

"He is one of those owners who will get the mail every day and read it and always write handwritten responses," Drummond added.

Even though the Panthers have been eliminated from playoff contention, many fan experts predict that Carolina will draft the all-star Cade as a new fan for the 2015 season.