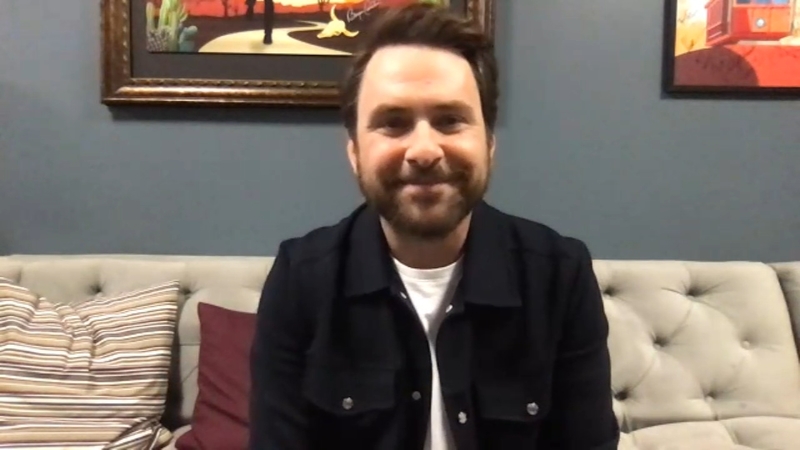 Charlie Day ascends to leading man in 'I Want You Back'

Have you ever said to an ex, "I Want You Back"? Two people in a new movie by that name are desperate to get back together with their former partners, so they team up in an effort to get it done.

The new romantic comedy is the latest milestone in the career of Charlie Day, who has parlayed TV stardom into a lead role in "I Want You Back," which is streaming now.

He stars opposite Jenny Slate, whose character is also unlucky in love.

The two meet in a stairwell and decide on a joint mission to win their exes back, while giving each other comfort. Day's character suggests, "Instead of calling our exes, let's call each other."

In real life, he is a husband and father, but he can still recall the pain of similar situations.

"I was not only dumped, but I also was just flat-out rejected before I even had a chance to get dumped," he said. "So yeah, in terms of relatability, I think I wear that in my face and people can see it."

The star was born in the Riverdale section of the Bronx and grew up in Rhode Island, but Day has many fond memories of New York City.

"I always had an excitement coming into New York City," he said. "Whether we were going in to visit my parents' friends or even driving through on our way from Rhode Island to go see my grandmother and cousins in Philadelphia."

That city is where Day found fame by insisting, "It's Always Sunny in Philadelphia." The series is now in its 15th season and holds the record as TV's longest running live action comedy.

But it's been years since the actor has been able to buy a drink in a bar there.

"It's a fun place to be," he said. "You kind of feel like you're the Beatles when you're in Philly, which is great."

All the more sweet because his wife, Mary Elizabeth Ellis, appears opposite him as "The Waitress."

There are a few famous people who are so naturally funny and easy, so warm and generally wonderful, that an interview with them doesn't really seem like work. Charlie Day is just such a guy, and his new movie is a lot of fun.