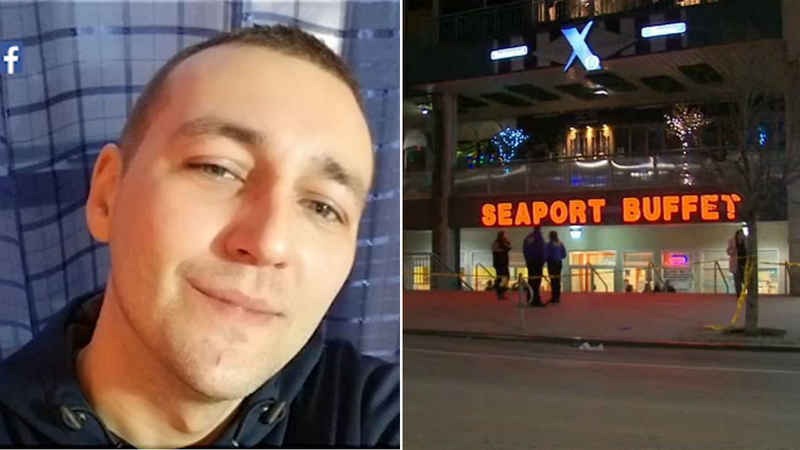 SHEEPSHEAD BAY, Brooklyn (WABC) -- Authorities say a chef was killed and two others were critically injured when they were attacked with a hammer at a Brooklyn restaurant Tuesday evening.

Police say a man walked into Seaport Buffet on Emmons Avenue in Sheepshead Bay shortly after 5 p.m. and began attacking unsuspecting victims with a hammer, sending customers and workers fleeing for their lives.

Some of them ran into Randazzo's Clam Bar across the street to seek shelter.

"We let them in, and they said a guy came in crazy with a hammer and started hammering random people," owner Samantha Randazzo said. "One of the workers came in here and said he started screaming and went crazy."

Officials identified the chef who was killed as 34-year old Fufai Pun.

Calls for help were immediate, and eyewitnesses said they saw the attacker flee into the parking lot behind the restaurant. He did not get far.

"He was screaming crazy words, like 'I'm killing everybody,' he was just screaming crazy things," Randazzo said. "They said he went in a city uniform, and he came in and just went crazy."

He will undergo a psychiatric evaluation, but investigators said it appears to have been an unprovoked attack.