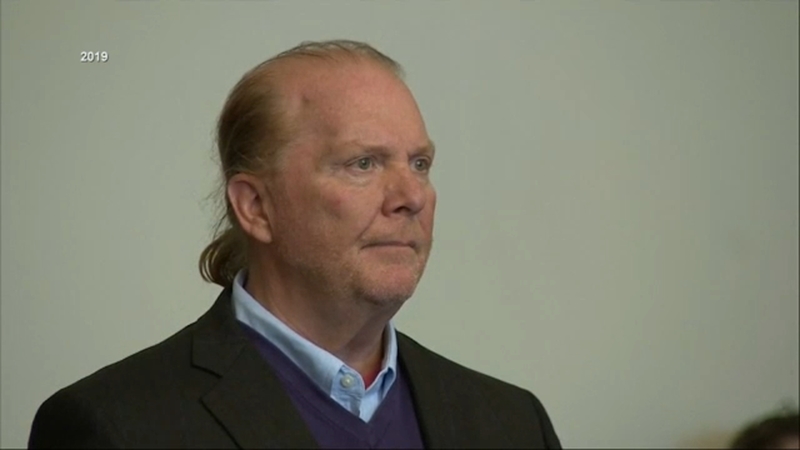 The company, formerly known as the Batali & Bastianich Hospitality Group, agreed to pay $600,000 to at least 20 former employees who were sexually harassed while they worked at the famed restaurants Babbo, Lupa or Del Posto.

"Celebrity and fame does not absolve someone from following the law. Sexual harassment is unacceptable for anyone, anywhere - no matter how powerful the perpetrator," said Attorney General Letitia James. "Batali and Bastianich permitted an intolerable work environment and allowed shameful behavior that is inappropriate in any setting. Every individual deserves to work in a safe environment, and today's agreement marks one more step towards remedying workplace harassment. I thank the men and women who reported this abhorrent behavior for their bravery, selflessness, and commitment to accountability."

The Attorney General's Office says Batali himself sexually harassed a female server by making explicit comments to her and grabbing her hand while she was serving him and pulling it towards his crotch. On another occasion, Batali showed a male server at Lupa an unwelcome pornographic video.

Female employees specifically made complaints that chefs and managers blatantly favored male employees and made misogynistic comments degrading women in the workplace.

In several instances, a manager made comments about the female employees' appearance, including observations about their height and weight. They were told to wear makeup and even to get breast implants. The manager also referred to several female employees in front of dining guests as "little girl" and "sensitive," and said that "females should not work in the mezzanine," which was a main part of the restaurant.

The B&B employers failed to take appropriate action when confronted with reports of sexual harassment, often failed to investigate complaints, and discouraged the reporting of such incidents.

Complaints to management were generally dismissed with minimal or no action taken against the harassers.

"When my female coworkers and I were being sexually harassed by multiple people at Del Posto, the restaurant's leadership made us feel as if we were asking for it - as if it is a rite of passage to be harassed at work," said Juliana Imperati, a former line cook at Del Posto. "Sexual harassment, discrimination, and retaliation should never be normalized in any industry or workplace. This settlement is an important step in holding the powerful accountable, and I thank Attorney General James for continuing to right the wrongs done to countless workers in the restaurant industry every single day."

The attorney general's office found that, on at least two occasions, when employees complained of sexual assault incidents outside of the workplace by male colleagues, B&B's human resource department initially responded that the company could not take any action because the assault took place outside of the workplace, or could not take action unless the complainant filed a police report.

"Throughout the course of my employment at Del Posto, I endured constant, escalating sexual harassment," said Brianna Pintens, a former server at Del Posto. "Management routinely ignored these behaviors, made excuses for the perpetrators, and often used victim blaming as a way to avoid having to deal with a workplace culture rooted in fear and humiliation. While I can't speak for the countless other victims who faced ongoing harassment and discrimination, I can say that my time working for B&B permanently tarnished my goals and passions for hospitality. I have immense gratitude for the Attorney General's Office for believing us, taking us seriously, and giving hope that this industry is on its way to healing and repairing a deeply flawed history.

As a result of the settlement, B&B, Batali, and Bastianich must not only pay the hefty sum of money, but they must submit biannual reports to the to the Office of the Attorney General to certify compliance with the agreement.
Report a correction or typo
Related topics:
new york citymario batalisexual harassmenthuman rightsrestaurantssettlement
Copyright © 2022 WABC-TV. All Rights Reserved.
TOP STORIES
Supreme Court overturns Roe in landmark case on abortion rights
Brian Laundrie's notebook revealed: 'I ended her life'
Tri-State reacts to Supreme Court overturning Roe v. Wade
What does Supreme Court abortion ruling mean for NY, NJ, and CT
Congress sends landmark gun violence compromise to Biden
Biden vows to 'do all in my power' to protect abortion access
Juul can keep selling e-cigarettes as court blocks FDA ban
Show More
Funeral held for FDNY firefighter killed by tree limb in NC
Mother of 3 prepares to donate kidney to 2-year-old son
Teen subway surfer severely injured after falling off train in NYC
NYC's speed cameras will now operate 24/7
How does overturning Roe v. Wade affect IVF treatments?
More TOP STORIES News